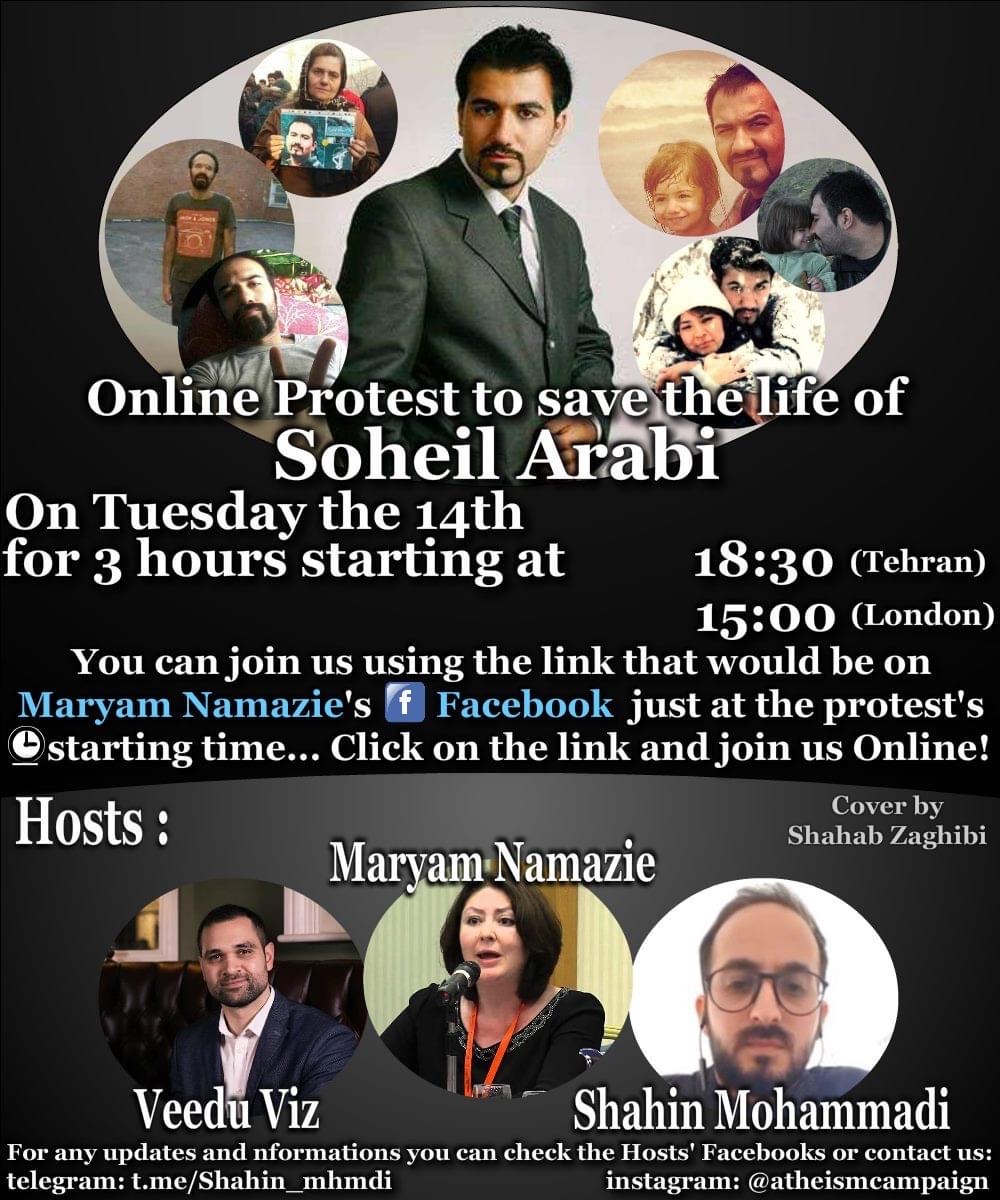 Iranian atheist, activist and blogger Soheil Arabi has resumed his hunger strike on April 4 in protest to the Iranian regime’s denial of medical care and leave during the Coronavirus epidemic, inhuman prison conditions and unjust sentencing. In addition to physical problems caused by various hunger strikes, Arabi has been tortured, resulting in blunt trauma to his testicles and a broken nose, amongst other injuries. He is in need of urgent medical attention.

Arabi was arrested in December 2013 and sentenced to death for blasphemy, namely insulting the prophet, Iran’s Supreme Leader Khamenei and other Iranian officials in a Facebook post.

Upon appeal, his death sentence was reduced to seven and a half years in prison and two years of religious studies as well as a two-year ban from traveling abroad.

He was later sentenced to an additional 3 years in prison, exile and a fine on charges of “propaganda against the state” and “insulting the sacred and the supreme leader” because of his brave open letters highlighting injustice, inhumane prison conditions, torture and the situation of political prisoners in Iran.

Join our online protest action on Tuesday 14 April 2020, 3:00-6:00pm London time/6:30-9:30pm Tehran time by sending photos, videos, messages… of solidarity to be broadcast during the three-hour livestream. Do a drawing, take a photo, sing a song, recite a poem… Anything to save his life and secure his freedom. The livestream will be hosted by Veedu Vidz, Shahin Mohamadi and Maryam Namazie.

Soheil Arabi has done nothing wrong. He has a right to his opinion, belief and expression and must be released immediately as must all political prisoners and those imprisoned because of their conscience and opinion.