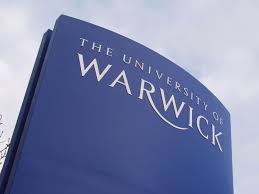 BREAKING NEWS 27 September 2015: Warwick Student Union has now approved the Warwick Atheists’ request to have me speak there and Isaac Leigh, President and Jacqui Clements, Chief

BREAKING NEWS 27 September 2015: Warwick Student Union has now approved the Warwick Atheists’ request to have me speak there and Isaac Leigh, President and Jacqui Clements, Chief Executive of the Warwick Student Union have issued a gracious apology that is very appreciated. The event will go ahead as planned. I am really excited that I will be able to speak to students there and am grateful for all the brilliant support from Warwick Atheists and from so many wonderful people listed below but also on social media.

Maryam was meant to speak at Warwick University Atheist Society event on 28 October but the student union there has declined the request to have her speak. The Society is appealing.

Here is Maryam Namazie’s statement on it:

Warwick University Student Union: the Islamists incite hatred, not us

I was invited to speak at Warwick University by the Warwick Atheists, Secularists and Humanists’ Society on 28 October 2015. The University Student Union has declined the request for me to speak saying the following:

This is because after researching both her and her organisation, a number of flags have been raised. We have a duty of care to conduct a risk assessment for each speaker who wishes to come to campus.

There a number of articles written both by the speaker and by others about the speaker that indicate that she is highly inflammatory, and could incite hatred on campus. This is in contravention of our external speaker policy:

The President (or equivalent) of the group organising any event is responsible for the activities that take place within their events.  All speakers will be made aware of their responsibility to abide by the law, the University and the Union’s various policies, including that they:

In addition to this, there are concerns that if we place conditions on her attendance (such as making it a member only event and having security in attendance, asking for a transcript of what she intends to say, recording the speech) she will refuse to abide by these terms as she did for Trinity College Dublin.

The Atheist group is of course appealing their decision, however, it’s important for me to comment briefly on the Student Union’s position. I will be writing a more detailed letter to the university to formally complain about the Student Union accusations against me after taking legal advice.

The Student Union seems to lack an understanding of the difference between criticising religion, an idea, or a far-Right political movement on the one hand and attacking and inciting hate against people on the other. Inciting hatred is what the Islamists do; I and my organisation challenge them and defend the rights of ex-Muslims, Muslims and others to dissent.

The Student Union position is of course nothing new. It is the predominant post-modernist “Left” point of view that conflates Islam, Muslims and Islamists, homogenises the “Muslim community”, thinks believers are one and the same as the religious-Right and sides with the Islamist narrative against its many dissenters.

It is the “anti-colonialist” perspective which always unsurprisingly coincides with that of the ruling classes in the so-called “Islamic world” or “Muslim communities” – an understanding that is Eurocentric, patronising and racist.

This type of politics denies universalism, sees rights as ‘western,’ justifies the suppression of women’s rights, freedoms and equality under the guise of respect for other ‘cultures’ imputing on innumerable people the most reactionary elements of culture and religion, which is that of the religious-Right. In this type of politics, the oppressor is victim, the oppressed are perpetrators of “hatred”, and any criticism is racist.

These sort of Lefties have one set of progressive politics for themselves – they want gay rights, equality for women and the right to criticise the pope and the Christian-Right, and another for us.

We are not worthy of the same rights and freedoms.

We can only make demands within the confines of religion and Islam. If we dissent, if we demand equality, if we demand to live our lives without the labels of “kafir” or “immoral” – and all that which they imply, then we are inciting hatred…

It’s a topsy turvy world when “progressives” who are meant to be on our side take a stand with our oppressors and try to deny us the only tool we have to resist – our freedom of expression.

Well, it’s not up for sale or subject to the conditions of a Student Union too enamoured with Islamism to take a principled position.

By the way Warwick, in case you’re wondering, I will speak at your university – as I will be soon at Trinity College Dublin despite my initial talk being cancelled by organisers.