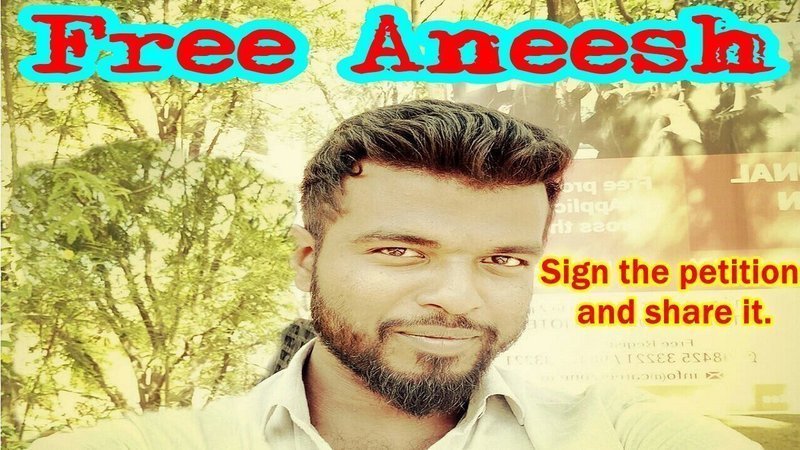 Aneesh, an ex-Muslim atheist and rational thinker from Tamil Nadu, was arrested by officers from Kuniamuthur Police Station (B14), Coimbatore on 29th December 2021 for posting memes about Islam.

The next day police presented him to the courts and filed blasphemy charges against him. His bail applications were rejected twice within a week.

It is highly likely that his arrest was incited and influenced by Islamists who have openly threatened him on social media.

Prior to his arrest, Aneesh lived with his wife and 3-year-old daughter. Now his life has been endangered by this arrest since his identity and whereabouts have were exposed—endangering the safety of both Aneesh and his family.

It should also be noted that his arrest took place in Coimbatore, Tamil Nadu, where an ex-Muslim activist, Farook, was killed by Islamists 5 years ago.

Islamists are increasingly stifling the voices of ex-Muslims in India by using blasphemy laws to uphold Islamic blasphemy codes.

CEMB calls on the public to call on the Tamil and Indian authorities to immediately and unconditionally drop all charges, release Aneesh and ensure freedom of expression is protected in Tamil Nadu and India.