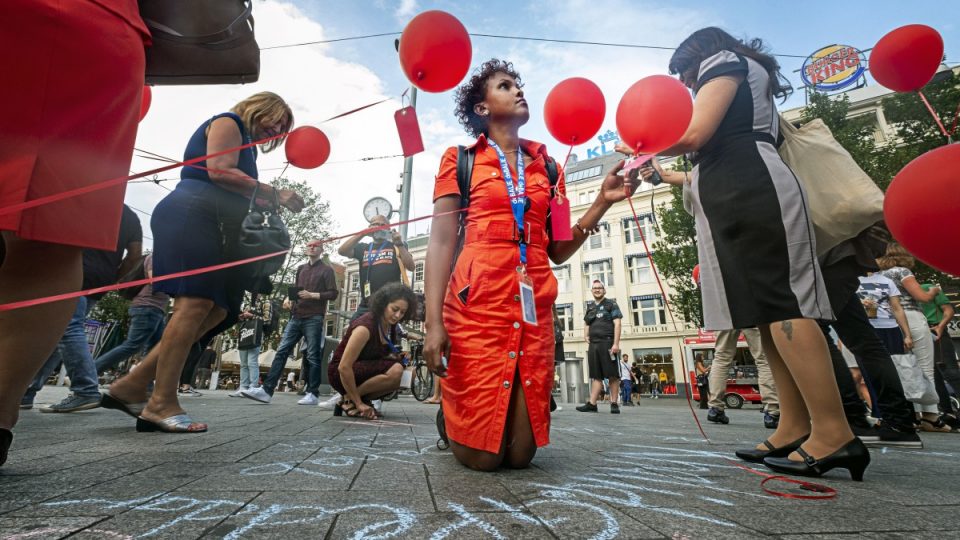 From the hijab to freedom, Rahila Gupta, New Humanist, 19 January 2021

From the hijab to freedom, Rahila Gupta, New Humanist, 19 January 2021

A new documentary “Women Leaving Islam”, by the Council of Ex-Muslims of Britain, tells the story of six women escaping the violence of Islam’s modesty culture.

On World Hijab Day, 1 February, the Council of Ex-Muslims of Britain (CEMB) will premiere Women Leaving Islam online, a documentary which explores the violence and repression that Islam’s modesty culture visits upon its women. Six women from the most diverse backgrounds, from different countries in the world and different wings of Islam but now settled in Europe and Australia, talk movingly of their journey from the hijab to freedom. I defy you not to cry along with them. None of them could have openly come out as atheists in their countries of origin without being declared an apostate or blasphemer either by the state or the wider community.

Apostasy and blasphemy are criminal offences punishable by death in 13 Muslim-majority countries. Pakistan and Saudi Arabia are on that list and the home countries of two of the women: Fauzia Ilyas and Rana Ahmad. When Fauzia wanted to divorce her excessively religious and controlling husband, the court granted a divorce but gave the custody of her little daughter to her husband because he told the courts that she had renounced Islam and was a blasphemer. When her home was attacked by a mob, she fled and sought refuge in the Netherlands. Being a woman and an ex-Muslim in Pakistan is “a dangerous combination” she says. Ironically, as an asylum seeker in Amsterdam, she found that the centres were full of religious Muslims who were not welcoming of her.

Rana Ahmad was forced into going to Mecca by her mother who suspected that her religious faith was a bit shaky. Her act of rebellion, of coming out loud and proud while remaining safe, was to find a camera in a quiet part of the Kaaba, writing the words “Atheist Republic” on a piece of paper and flashing it in front of the CCTV. Eventually she fled Saudi Arabia and later described the experience: “At the moment when I was in the middle of the sea between Turkey and Greece, I get the feeling that if I die at this moment, I am happy because I tried to be free… But I ask why it has to be so expensive. It’s broken me from inside.”

The others – whose origins lie in Egypt, Morocco, Bangladesh, Kenya and Tanzania – have also paid heavily for their renunciation in a number of different ways.

Halima Salat, of Somali/Kenyan heritage, tried to rescue a four-year-old girl from FGM in Kenya. Her family thought she was possessed and needed a bout of ruqya – Islamic exorcism – in which she was tied up and beaten by imams.

Zara Kay from Tanzania, founder of Faithless Hijabi, from the Shia Khoja wing of Islam and currently living in Australia, was arrested when she returned home on what appear to be politically motivated charges such as criticising the President for his handling of the pandemic, not returning her Tanzanian passport after gaining Australian citizenship, and registering her sim card in a family member’s name. Her suspicion that she had been reported for blasphemy was confirmed by CEMB who have received credible reports that elite members of the Khoja community have instigated the arrest.

And the situation is no better for those living in Britain. Mimsy Vidz of Egyptian/Moroccan heritage describes the pain of losing all contact with her family when she gave up the hijab and uploaded a 40 minute YouTube video explaining her reasons for renouncing Islam. They might have kept in touch with her, they said, if she had been more private about her renunciation. Mimsy, like the others, believes strongly that “Coming out as a woman is very different. The hate that I get is so much worse than what my husband and father faced. I have had vile threats like gang rape and so on.”

Fay Rahman, of Bangladeshi origin, self-identifies as an erstwhile fundamentalist. Describing herself as “daddy’s girl” she remembers how the two of them could only square the contradictions of the many strands of Islam by opting for the more literalist interpretation of the Qu’ran and subsequently visiting “Salafi hell on the rest of the family” as she puts it. It’s a fascinating insight into the process of radicalisation – the search for an existence free of contradictions. She wanted the kind of empowerment that she was taught only the hijab could give by protecting her valuable body from men’s gaze. But she felt compelled to move on to the next stage – the niqab – in order to iron out the contradiction that they could still see her face with the hijab.

Fay finally made the break from her father after one particularly horrific beating and reported him to social services. Escorted by the police to a life of homelessness and instability and loss of contact with siblings, she feels confused by the emotion of love, having never received it.

Maryam Namazie, who runs CEMB, understands the emotional toll of rejection by family and makes it her life’s business to provide succour for women and men forging this difficult path to freedom. This path is made more difficult by the lack of support from those liberals and activists on the left who should have been their natural allies. They have given up their secular credentials and refuse to critically engage with the politics of hijab wearing because Muslims face enough racism in the West. Whilst we must take a firm stance against anti-Muslim racism, we should be nuanced enough not to throw a substantial minority of women who have rejected the hijab under the bus.

So immobilised are we by identity politics that our right to speak on an issue is determined by who we are rather than what we believe. I remember a white woman coming up to me at a conference held in London after a speech in which I had critiqued the hijab and thanked me for saying the things she agreed with but could never say publicly for fear of being denounced as a racist. She thought I was protected by the colour of my skin. What she didn’t realise was that I was protected by my location. If I had made the same critique in India, where hatred of Muslims is rife and now backed up by state policy under Prime Minister Narendra Modi, I, as someone born a Hindu, would have been denounced as anti-Muslim.

But wherever we are based, we should be able to hold and express two thoughts at the same time. The search for a pure, contradiction-free existence may well be the path to fundamentalism as Fay’s story shows.

“Women Leaving Islam” can be viewed here from February 1st, 2021.