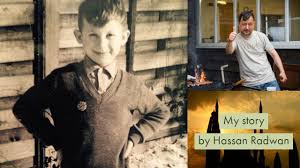 How to cope without religion? By Hassan Radwan

I’m frequently approached online by those who have lost their faith and a question that almost always crops up in various forms is:

How do you cope without religion?

For those of us for whom religion gave them their meaning, comfort & guide in life’s ups and downs, loss of faith is a deeply distressing & terrifying feeling.

It’s OK to not have the answers to everything. Don’t feel you need to rush to fill the space religion had in your life. Take your time and allow your thoughts & feelings to settle.

It is said; “There is nothing so easy as catching a heart on the rebound,” referring to how people often recklessly fall into ill-fated relationships after the break-up of a long term relationship. For those of us who were religious we experience this same desire to fill the void. It can make us panic and want to quickly replace our value system with a new one. This can lead to poor decisions and going from one form of black & white thinking to another.

Learn to be OK with not having an answer for everything. As time moves on you will gradually develop your own thoughts and beliefs and they will be much more satisfying in the long term and reflective of who you are.

Losing belief in the prescriptions of religion can feel like you now have no yardstick for what is right and wrong, but this fear is unfounded. You are still the same person and you still possess an instinct for what’s right and wrong regardless of whether you consider it the result of an evolutionary process or something we are created with.

It’s true that it is not as fixed and cast in stone as the edicts of religion are – but that’s a good thing, because our understanding of human nature & the world evolves and is not static.

We must struggle with difficult questions using our conscience & evolving understanding of the human condition. It may not always be easy and we may not always agree (& it should be noted that those who claim to follow objective moral standards don’t always agree either,) but it allows humanity to keep striving to improve rather than remain bound to the morality of the 7th century.

Fear & anguish over either one’s own death or a loved one is natural. Most people have some level of apprehension about it – including the religious. Religion may ease this thought, by painting a picture of some happy place where we and our loved ones will go, but once one sees them as man-made myths then this simply doesn’t work and we have to face the possibility there is nothing – that we simply cease being – however uncomfortable that thought may be.

As with most fears, it’s better to face them than to try to hide from them & the fear will lessen the more we accept reality.

If you think about it, if one’s consciousness simply ends at death, then there is literally *nothing* to fear. It is actually the “thought” of not existing that we find painful. Try to focus on doing your best in the life you have and strive to leave the world a little better for the next generation in whatever small way you can.

A statement often attributed to Marcus Aurelius puts it well:

We’ve had the fear of Hell drummed into us since childhood, so it’s no surprise that even after losing our faith many of us are still troubled by it. One way to reduce this fear is to deconstruct it and see how it evolved.

Judaism originally had no clear concept of an after life let alone a place of eternal torture. The Old Testament refers to ‘Sheol’ which meant ‘grave’ and had a neutral connotation. It was a gloomy place of almost non-existence that everyone goes to – good or bad.

It was in the New Testament that Hell became a place where sinners would be punished.

One of the words translated as Hell in the New Testament is Gehenna which is the Greek version of the Hebrew word Gehinnom, where the Qur’anic word Jahannam comes from.

Gehinnom literally means “The Valley of Hinnom,”& it was a real place – a rubbish dump outside Jerusalem used to burn the dead bodies of criminals. When Jesus rebuked the scribes & Pharisees using this word, his audience would have immediately understood it as a metaphor.

It wasn’t until after the death of Jesus, that the concept of Hell as an abode of eternal torment was developed by Christian church fathers in apocryphal literature such as “The Apocalypse of Peter,” where they described sinners forced to drink boiling water, skins ripped off & eyes poked out.

By the time Muhammad was born, this very graphic and literal view of Hell was the view current at his time.

Another thing that can help is to think about why is it that you fear the Islamic Hell and not the Hell of other religions?

For example you don’t fear burning in Hell for not accepting Jesus, nor do you fear the crocodile headed Ammit devouring your heart, nor being boiled alive in Buddhist Naraka nor the flesh-scraping knives of Aztec myths.

You don’t fear them because you weren’t taught to take them seriously. They are not part of your in-group bias. The culture or community you were part of saw them as strange and absurd. You fear the Islamic Hell because that’s the myth you were taught to take seriously. But is it really any less absurd? Would a merciful God punish people on such a flawed basis – let alone torture them eternally?

The more you dissect and examine the concept of Hell rationally the more the fear will gradually fade away.

This can be very difficult for those who come from tight-knit religious communities where leaving religion is not treated sympathetically. Plus unfortunately many of the frontline agencies are not equipped or cognisant of the unique problems ex-Muslims in particular face. But you can speak to your GP or a professional therapist about getting counselling on how to deal with the trauma of losing your faith. There are also a growing number of ex-Muslim organisations that you can reach out to who can offer advice and someone to talk to.

The thing to realise is that loss of faith is a traumatic process and it’s normal to go through the stages of grief: denial, bargaining, anger, anxiety & depression. An experienced therapist can help you through your feelings.

Take a look around at local organisations, events and activities in your neighbourhood. Get involved with things that interest you. Learn a new skill or take up that hobby you’ve always wanted. Check out what’s going on in publications or websites like Meetup and find interest groups or support groups. Get to know your neighbours, or join a local cause you care about. There are plenty of things to do and relationships to be made, but it means being proactive and taking the initiative.

Often, the religious beliefs we left behind were all-consuming and left us unaware or unable to fully explore the horizons and interests life has to offer. It can take a little work to get out of that old mindset, but with time and effort you can find a life that is meaningful and fulfilling and you may find a new passion and flourish in areas you never thought possible.

Leaving behind the dogma of religion doesn’t always mean ceasing to believe in God or a higher power, although it does for some. The important thing is to be true to yourself and not go from following one crowd to following another. As the philosopher Voltaire said: “Think for yourself and let others enjoy the privilege of doing so too.”

I am personally Agnostic about God and would put myself somewhere along the spectrum of Agnostic Deist and Agnostic Atheist. But don’t worry too much about labels. Again there is a temptation for those of us who had a clearly defined identity to want to find another box to put ourselves in. But labels can never encapsulate the full range of an individual’s thoughts and views – let alone the fact that these views are always evolving.

You may find that you still want to maintain a relationship with God – a God that is beyond any religion – and that’s fine. Equally if you find you no longer need God in your life – that’s fine too. It’s also fine to say you just don’t know and can’t define your beliefs. Don’t feel pressured to decide what you believe. The bottom line is, don’t let anyone else’s journey define yours. You didn’t go through the anguish of leaving religion only to then follow someone else’s idea of what you should or shouldn’t believe.