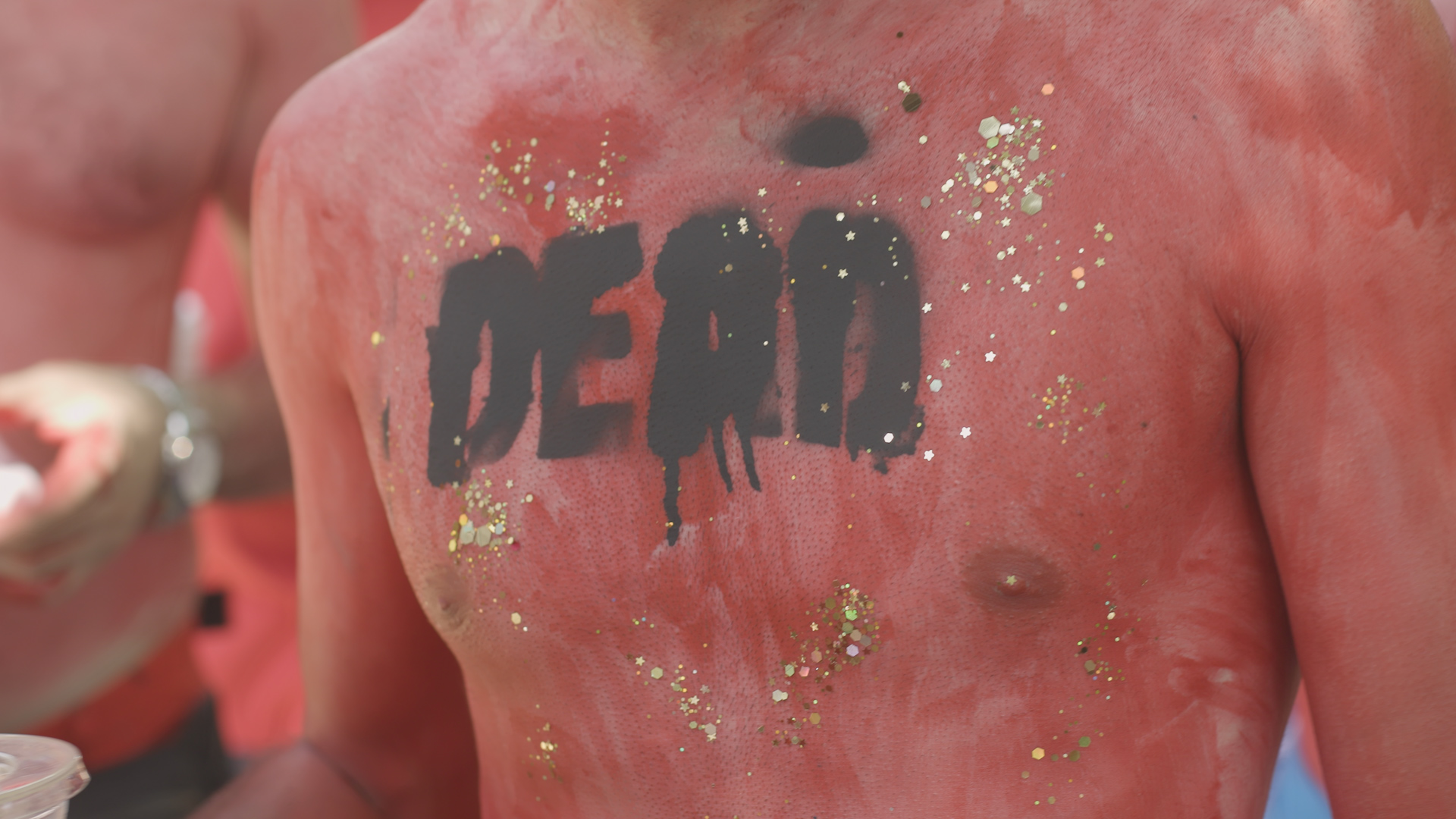 We wanted to remind you of some of our upcoming events and actions and also give you an update of our work.

The London event is part of Pride Festival. There are only a few more spaces left so please buy your tickets now. Tickets are only £3 unwaged; £5 waged and include a drink, poetry by Somali Kenyan poet Halima Salat, a screening of the short film Firdaus by cult British Director Shakila Taranum Maan and a conversation with Muslim and ex-Muslim activists. Get your tickets before they sell out here. No tickets will be sold at the door.

CEMB will be marching at Pride in London on 6 July for the third time as an organisation. If you want to march with us, please contact hello@ex-muslim.org.uk to reserve your wristband as we have a limited number available for CEMB members and supporters.

* See also CEMB’s recent protest action at the Brunei embassy to condemn stoning to death for homosexuality and adultery.

* If you can, please support our LGBT rights work via a crowdfunding campaign. Any amount, however small, will be greatly appreciated. Special thanks to National Secular Society, Pink Triangle Trust and a number of individuals who have donated towards our events and actions this month.

* Please note that Southall Black Sisters and Feminist Dissent have an event in Birmingham on 27 June and are gathering signatures in support of equality in Birmingham Schools. For more information or to sign on to the statement visit their website here.

For more information on this issue, please read Maryam Namazie’s latest piece in sister-hood magazine about why the Islamophobia definition is a triumph for the fundamentalists.

De Balie, the free expression centre in Amsterdam, is organising a Celebrating Dissent Festival in Amsterdam during 31 August – 1 September with nearly 40 speakers and acts from 30 countries. The event will bring together women and men to celebrate freedom through theatre, talks, poetry, film and stand-up comedy.

Women, non-believers and LGBT+ are often the victims of the strictest cultural and religious dogmas. The festival Celebrating Dissent honours their freedom. Freedom to think differently, freedom not to believe, and freedom to be yourself.

This will be one of the largest gathering of free-thinkers in the world. It is an historic not to be missed event. You can find out more about it here.

UPDATE ON OUR ACTIVITIES IN THE FIRST HALF OF 2019

Since we are now mid-2019, we thought it would be useful to give you an update on our work so far.

CEMB is now supporting around 600 ex-Muslims a month, including from Afghanistan, Algeria, Bangladesh, Egypt, Indonesia, Iran, Iraq, Jordan, Libya, Maldives, Morocco, Pakistan, Saudi Arabia, Somalia, Syria, Sudan, Tunisia, Turkey and UAE! This includes face-to-face, email and social media contacts, as well as monthly support groups in London and Birmingham, a monthly Social for isolated members, direct support services such as attending hearings, writing letters of support, contacting housing and social services for young people at risk, working with Forced Marriages Unit to prevent young women and girls being taken abroad for forced marriage and so on. We also continue to hold monthly meet ups, including on female genital mutilation and male circumcision and the harms of child genital cutting, on asylum and apostasy, shunning and more. This week, for World Refugee Day, we organised an open mic for apostate asylum seekers and refugees to speak about their experiences. All our services are completely free of charge.

During the month of Ramadan, we organised a protest at the Department for Education calling on Government to stop child fasting, which is a form of child neglect and abuse. We also issued advice on the matter to educators. Whilst at the Department for Education, young Muslim youth on their way to Friday prayers stopped at our protest and we were able to raise these issues with them. BBC Woman’s Hour, which was meant to have our spokesperson on, cancelled her appearance at the last minute. We also organised Ramadan Stories, and a Fast-Defying picnic for members. You can read details here.

23 March was the first ever international Atheist Day. CEMB organised a successful day which focused on ex-Muslim women given that women are less visible and have more barriers to coming out and speaking out. Photographs of women sitting on the ground in a public park with legs akimbo were in solidarity with women across the world who are being sexually assaulted for fighting for their rights and told to ‘sit properly’, ‘be decent’ and threatened with rape for claiming the right to their bodies. It was in particular a show of solidarity with women involved in the aurat march in Pakistan. See video of the action here. This action was followed by an emotional evening of ex-Muslim women speaking out, a comedy skit, ex-Muslims receiving coming out certificates and a 2019 CEMB award ceremony.

Shelley Segal sang her new anthem for CEMB and ex-Muslims called ‘Find our Way to Freedom,’ which premiered on Atheist Day.

Our international ex-Muslim coalition organised Women Against Allah for International Women’s Day. CEMB focused on #PeriodsAreNatural in order to break the taboo that comes with women’s periods. This caused a huge uproar and started a much-needed discussion. For 8 March, Shelley Segal also produced a video for her song “Our Resistance” which she sang for One Law for All, CEMB’s sister organisation. You can see the video here.

February 6, No to FGM Day

For zero tolerance to Female genital mutilation (FGM) day, we handed out roses that had been stapled shut, along with flyers explaining FGM, the harms of it and how to support someone that is at risk, or has experienced FGM.

For Hijab Day, we organised in a 3-hour live podcast, with over half a dozen women worldwide, discussing the harms of modesty culture and the veil.

CEMB organised a #RefugeeToo protest outside the Home Office in order to highlight the fact that ex-Muslims are also refugees. This campaign linked into the plight of the Saudi woman and ex-Muslim Rahaf who was able to get asylum in Canada after locking herself in her hotel room in Thailand when authorities tried to deport her back to Saudi Arabia. The campaign highlighted a number of activist cases.

Thank you for all your support. It helps more than you can imagine! If you can continue supporting us in any way possible, please do. You can donate via our website or volunteer your skills. Also, if you want to do a fundraiser for us, please get in touch. It could be anything from a cake sale, a charity waxing, or something more daring like a skydive or bungy jump!

We hope to see some of you at our Pride events and in Amsterdam at De Balie during August 31 – September 1.