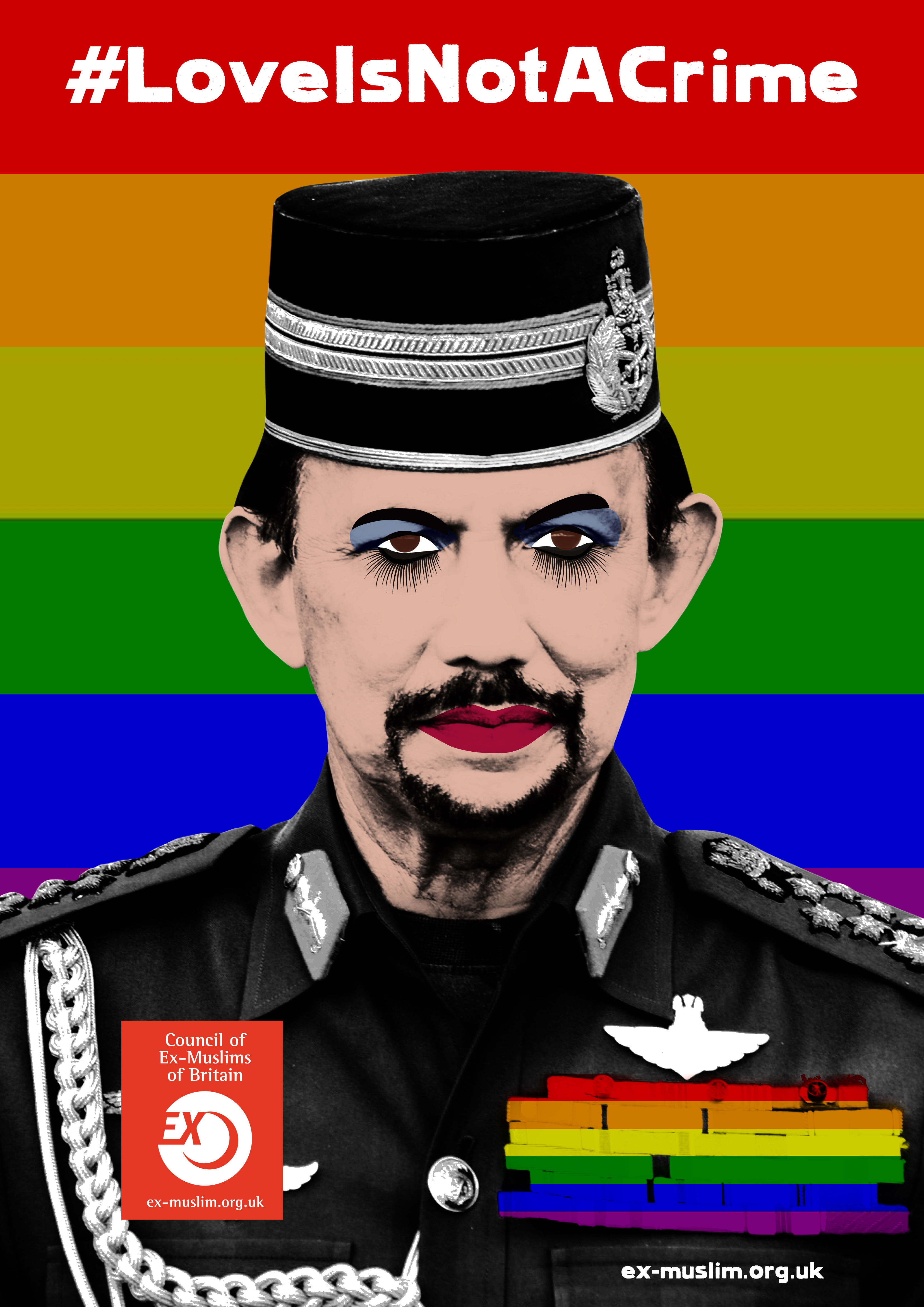 Join us for fast-defying protests during Ramadan and to defend LGBT Rights, Apostasy and Blasphemy

We are just writing to give you an update of our upcoming activities, namely fast-defying during Ramadan and defending LGBT rights and apostasy in the run up to Gay Pride in London.

CEMB will also be organising a fast-defying picnic for members on 1st June, 1pm and is asking for supporters to send in Ramadan Stories using the hashtag #FastDefyingRamadanStories, #FastDefyingMyRight. To register to attend picnic or publish your stories on our social media during the month of Ramadan, please email hello@ex-muslim.org.uk.

17 JUNE – PROTEST AT BRUNEI EMBASSY AGAINST STONING LAW FOR HOMOSEXUALITY

In the run-up to Gay Pride, CEMB will be organising a protest outside the Brunei Embassy on 17 June at 12pm to condemn Brunei’s new stoning sentences for gay sex and adultery. More information here. (In April, CEMB also joined protests at the Dorchester Hotel, which is owned by the Sultan of Brunei)

4 JULY – EVENING OF FILM, POETRY AND DISCUSSIONS ON LGBT RIGHTS, APOSTASY AND BLASPHEMY

On 4 July, we are organising an evening of film, poetry and discussion on LGBT Rights, Apostasy and Blasphemy, 6:00-10:00pm in London. The evening will include a screening of a short film, ‘Ferdous,’ by Shakila Taranum Maan; poetry by Kenyan Somali Poet Halima Salat; and a panel discussion with Drew Dalton (Hidayah Chair), Jimmy Bangash (CEMB Spokesperson), Khakan Qureshi (Birmingham South Asians LGBT Founder), Nadia El Fani (Tunisian Filmmaker), Sadia Hamed (CEMB Spokesperson), Shakila Taranum Maan (British Director) and Syed Isteak Hossain Shawon (Bangladeshi LGBT activist and Editor of Boys Love World). Maryam Namazie (CEMB and One Law for All Spokesperson) will facilitate the discussion and Nahla Mahmoud will MC the evening. We will also have a Coming Out Ceremony for those coming out as ex-Muslims. For more information or to buy tickets (£5 waged; £3 unwaged), click here.

As many of you know, CEMB has fought hard to take part in Gay Pride after the East London Mosque and Mend (Islamist bodies) filed official complaints in 2017 with Pride for our placards. It took Pride 8 months to finally allow us to march again in 2018 after we stressed the importance of normalising blasphemy when one can be killed for it. Our presence at Pride for a third year is particularly important as it is one of the few public spaces where ex-Muslim and gay members can openly assert themselves without fear. It is also important given the recent religious justification of homophobia at the Parkfield school in Birmingham and the new stoning sentence for gay sex in Brunei. CEMB is the only group that is critical of Islamic homophobia, focuses on the death penalty in Islamic states, and attempts to normalise and celebrate LGBT rights as well as apostasy and blasphemy at Pride.

If you are able to, please support our crowdfunding page to help with the costs around our participation at Gay Pride, the protest at the Brunei embassy, and our evening event. No amount is too small. We are grateful to Pink Triangle Trust, National Secular Society and others that have already contributed to our actions for LGBT rights.

Thanks to all of you who are able to donate and join in our efforts; without you we will not be able to carry out our important work, which makes such a difference to the lives of those forced to suffer in silence or forced to live in the closet – be that the LGBT closet or the apostasy closet.

Please visit our website for more information on other upcoming events, support group meetings, monthly meet-ups and socials, media coverage, actions and statements, including our joint statement with other groups expressing our outrage at the heinous Islamist terrorist attack on churches and hotels in Sri Lanka.

We hope to see you at some of our upcoming events and actions.