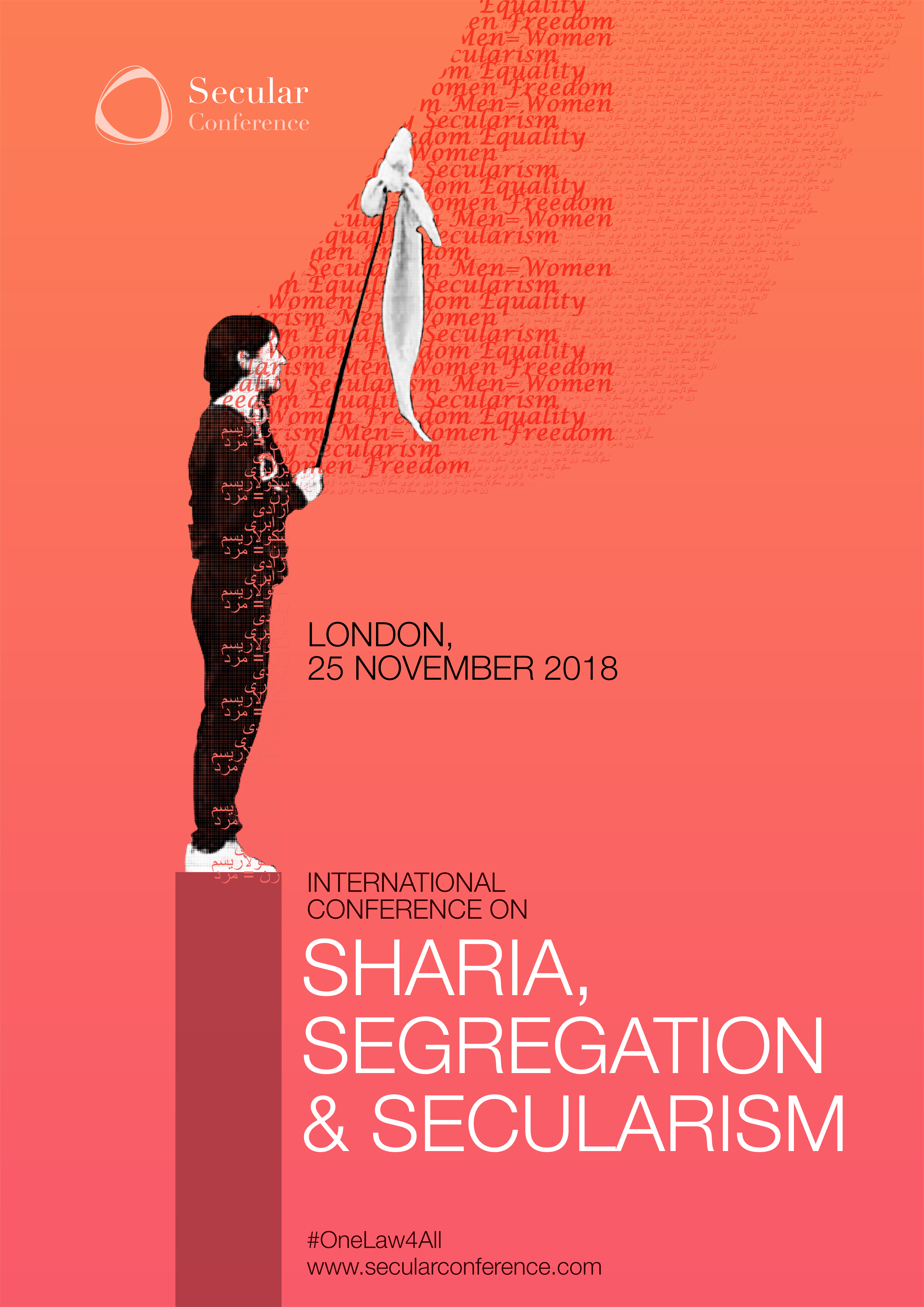 Why is Inclusive Mosque so Afraid of Secularism?

The Inclusive Mosque Initiative is organising “Beyond the Promise of Secularism” in response to our 25 November International Conference on Sharia, Segregation and Secularism.

Their event will apparently explore what they say are “western preoccupations with ‘Sharia Law’, Hijabs, and segregation” and “look at the ways Islam is pitted against ‘secularism’ in the name of women’s rights, equality and democracy, and … utilised and weaponised by the State against Muslim communities and other minorities to promote nationalist narratives.”

Given the Inclusive Mosque’s confusions, I hope our conference and its 38 speakers from 24 countries and the Diaspora, may assist them in understanding what secularism is before they venture “beyond secularism.” Leading activists in the fight against the far-Right – including religious fundamentalisms of all stripes – from Algeria, Bangladesh, Europe, India, Iran, Iraq, Italy, Kurdistan, Morocco, Pakistan, Poland, Russia, Serbia to Sudan, Tunisia and the United States – will reiterate the importance of secularism and universal values for women’s rights.

We can only hope that our conference will enable Inclusive Mosque to finally grasp that secularism is merely a framework that separates religion from the state to ensure that religion cannot influence the state and public policy and impose itself on private lives. After all, not everyone in a given society is a believer and even if they are, they don’t usually want the state to tell them how to believe. And what about the persecuted atheists and agnostics, like ex-Muslims, or minorities like the Christian Asia Bibi in Pakistan or Bahais in Iran or LGBT in Somalia and UAE?

Of course, Inclusive Mosque claims it is “not interested in taking sides on whether one should or should not be ‘secular’” and is merely addressing secularism’s apparent “mobilisation” for “violence” and “power.” In light of the fact that religion in power has set the world on fire, targeting, murdering, disappearing, terrorising and silencing women, secularists and dissidents, the Inclusive Mosque’s anti-secular stance further targets dissenters and conveniently ignores how Sharia, the hijab and segregation are key pillars of the Islamist project to manage and control women. Convenient, of course, since Inclusive Mosque is in the business of opposing secularism and selling Islamic ‘feminism’ – a hard sell given that the women’s liberation movement has always been a struggle, in particular, against religion’s control of women and her body. The promotion of Islamic ‘feminism’ in the era of religious fundamentalisms is a defence not of women’s rights but of religion and the far-Right. In fact, Inclusive Mosque’s position is in line with State policy that appeases religious fundamentalisms at the expense of women’s rights and the nationalist narrative that promotes a clash of Islamic versus Christian ‘civilisations,’ cultural relativism and an identity politics of superiority and difference (two sides of the same double-edged sword). Even their branding of secularists as “western” is no different to what Islamists have been saying for years. Since ‘Inclusive’ Mosque seems to pride itself on ‘inclusivity,’ though, we hope the conference will at the very least be a much-needed reminder that there are countless individuals from Muslim backgrounds who are secular, including believers, agnostics and atheists. Labelling secular activists, “western,” feeds into the Islamist narrative, negates history and erases the long and ongoing struggle of women in Muslim-majority countries and the Diaspora for citizenship rights and equality before the law, irrespective of background and beliefs.

In the age of religious fundamentalisms, whether Islamism, Hidutva, the Buddhist-, Christian- or Jewish-Rights, the insistence on and defence of religion in women’s lives is no defence of women at all. It is rather an insistence on secularism, universal values and our common humanity that is the urgent need of our era, particularly for those living under the boots of the theocrats.

Maybe if Inclusive Mosque spent more time defending women’s rights rather than acting as an Islamist echo chamber, it would begin to comprehend this historical task and necessity. One can only hope, though I for one will not be holding my breath.