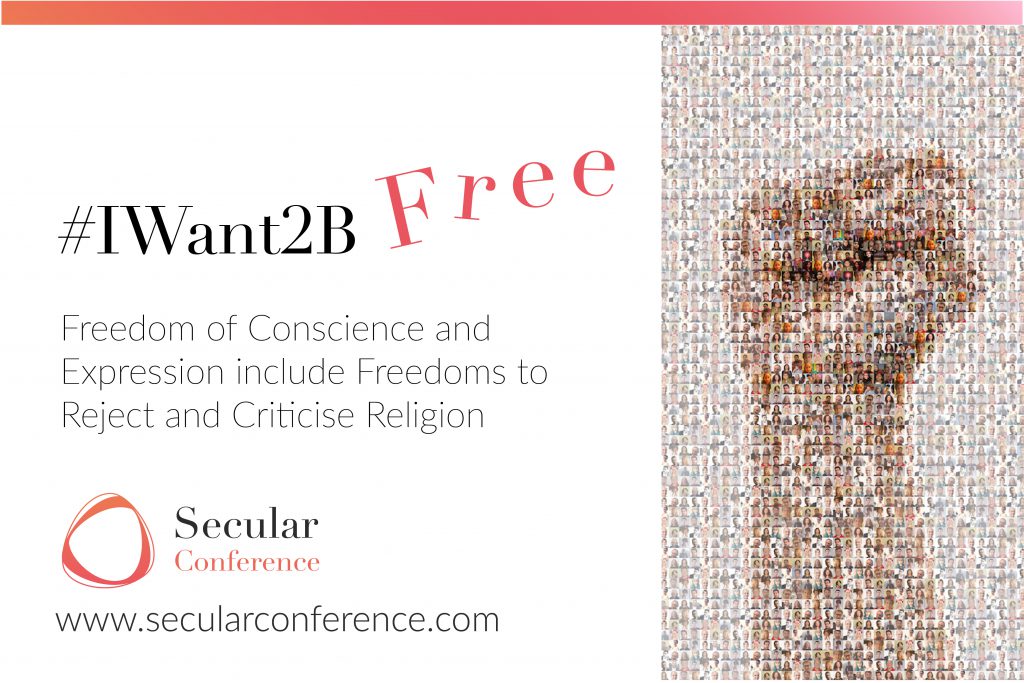 EX-MUSLIMS OUT AND PROUD IN PRIDE LONDON

CEMB was at Pride London in full force on 8 July highlighting the plight of LGBT in countries under Islamic rule where it is punishable with the death penalty, with topless activists body-painted by the award-winning Victoria Gugenheim.

The march went ahead as planned, though police initially tried to remove placards with the slogan “Allah is Gay” because of complaints of “offence”.

Whilst a few were not pleased to see apostates there, we were met with overwhelming and heart-warming support and solidarity. For all of those who participated, it was an unforgettable moment in the struggle for apostasy, blasphemy and LGBT rights in countries under Islamic rule.

[As an aside, in Pride Toronto, “anti-fascists” tried but failed to stop Iranians from joining Pride labelling a Muslim standing up for LGBT rights in countries under Islamic rule “Islamophobic”. Maryam’s article on the fiasco can be read here.]

The International Conference on Free Expression and Conscience in London is almost sold out. No tickets will be sold at the door so if you plan to come, please get them right away. The conference is being labelled “the Glastonbury of Freethinkers” and will be the largest gathering of ex-Muslims ever. Other distinguished speakers include Scientist Richard Dawkins, Filmmaker Deeyah Khan, FEMEN leader Inna Shevchenko, American Atheists President Dave Silverman, Philosopher AC Grayling, Singer/Songwriter Shelley Segal… Over 70 speakers from more than 30 countries. Don’t miss what will be an historic event.

In the run up to and during the conference, we will broadcast messages of solidarity from freethinkers, including from Pakistani Nuclear Physicist Pervez Hoodbhoy, Philosopher Daniel Dennett, Vlogger Aron Ra, Charlie Hebdo Editor-in-Chief Gerard Biard, Writer Caroline Fourest, President of the International League of Women’s Rights Annie Sugier and many more. Send your messages of solidarity to us at maryamnamazie@gmail.com. Also please join us in reminding the world that freedom of expression and conscience include the right to leave and criticise religion.

Spokesperson Maryam Namazie has penned an open letter on sister-hood to “you who I should consider a friend, an ally, but who refuses to make a stand with me. You: the progressive, the anti-racist, the supposed defender of human rights.” She asks: “How come your defence of freedom of conscience and expression never includes my right to reject and criticise Islam?” Read her letter here.

We hope to see you at our conference, and look forward to your messages of support. Please donate if you can.

Remember to use #IWant2BFree when discussing the conference and the need to celebrate blasphemy and apostasy.

Thank you so much for your encouraging words and solidarity over the years. It has meant a great deal and will help us in our joint fight for the right to think and live as we choose in the years to come.