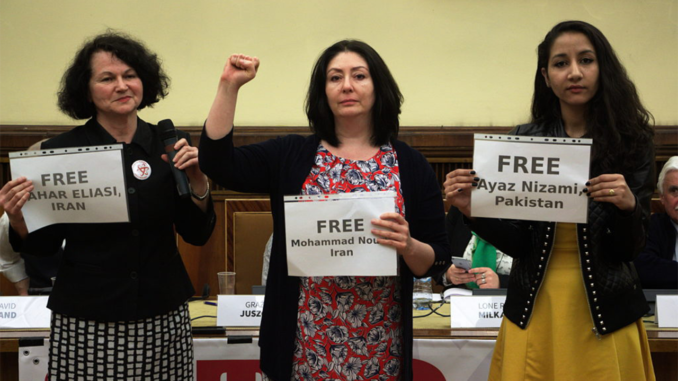 The declaration on blasphemy and apostasy

The declaration on blasphemy and apostasy

We are alarmed at the increasing persecution of freethinkers accused of blasphemy and apostasy. In the past month alone:

Needless to say, it is not an “insult” to Islam or any religion, if one becomes a freethinker or an atheist – either in public or private. It is exercising a fundamental right to freedom of conscience.

Moreover, criticism of religion, including Islam, prophet and god, is not “Islamophobia” but exercising a fundamental right to freedom of expression.

Those who “punish”, imprison, incite violence against or forcibly prevent freedom of conscience and expression are the ones who commit a crime – not those exercising their basic human right.

In the 21 century, human beings and human rights must trump religion.