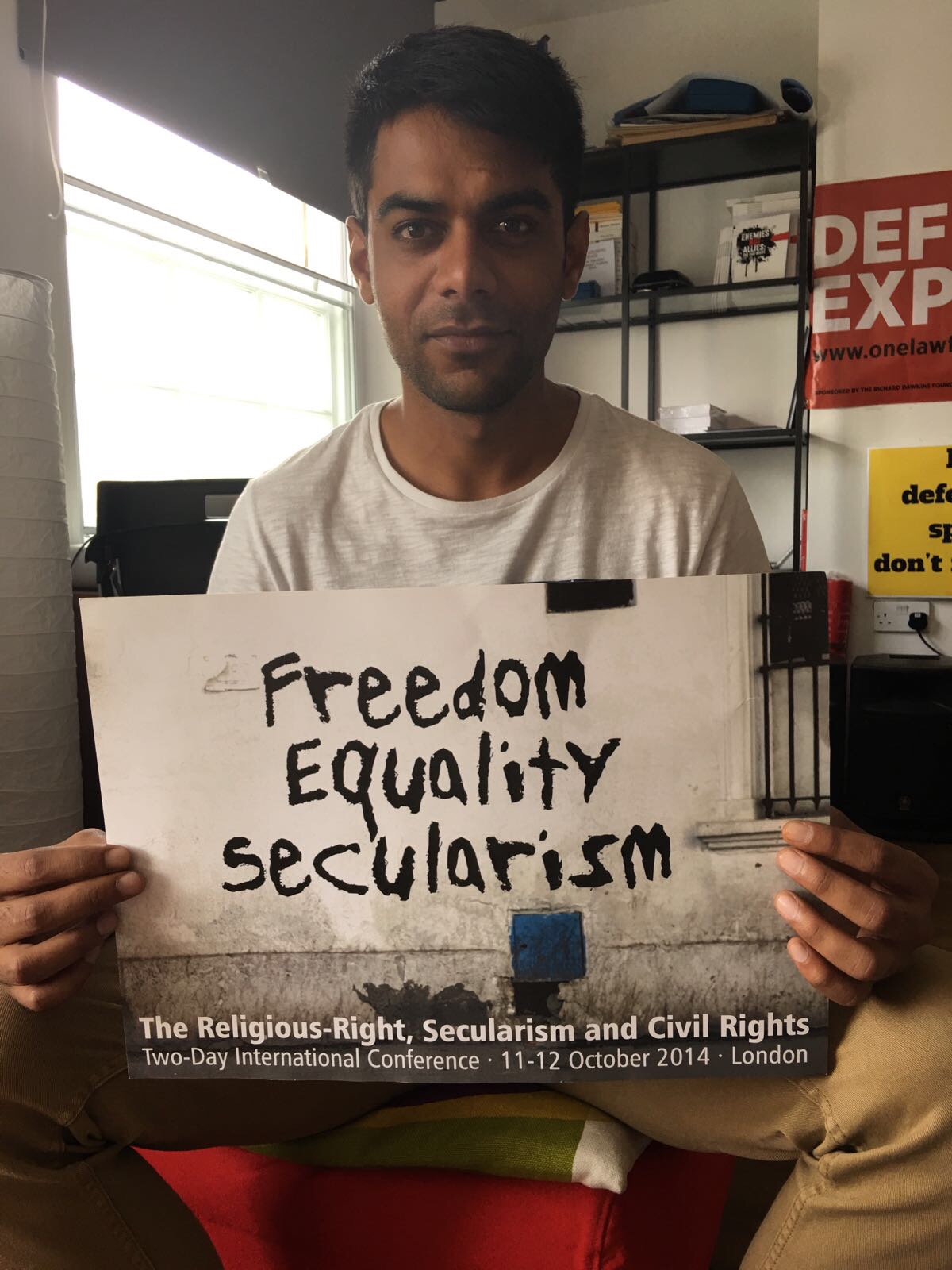 Aftab Ahmed must be granted protection in Britain

As a CEMB activist, Ahmed has been involved in numerous public actions, conferences and events, including a fast-defying protest during Ramadan in solidarity with those persecuted for breaking fasting rules at the Pakistani embassy – where the Friday prayers leader said he would “not waste his breath on [us] if he knew we were apostates”  and an #ExMuslimBecause “flash-dance” at Kings Cross.

Having opening renounced and criticised Islam, Ahmed has faced threats and intimidation from family, former friends and Islamists on social media. A recent film by the award-winning filmmaker, Deeyah Khan, Islam’s Non Believers, clearly shows the risks for ex-Muslims.

CEMB believes Ahmed has a well-founded fear of persecution because of his atheism and activism; we are concerned for his safety if returned to Pakistan where blasphemy can be punishable with imprisonment and even the death penalty.

CEMB urges the authorities to grant Ahmed the protection he needs and deserves.