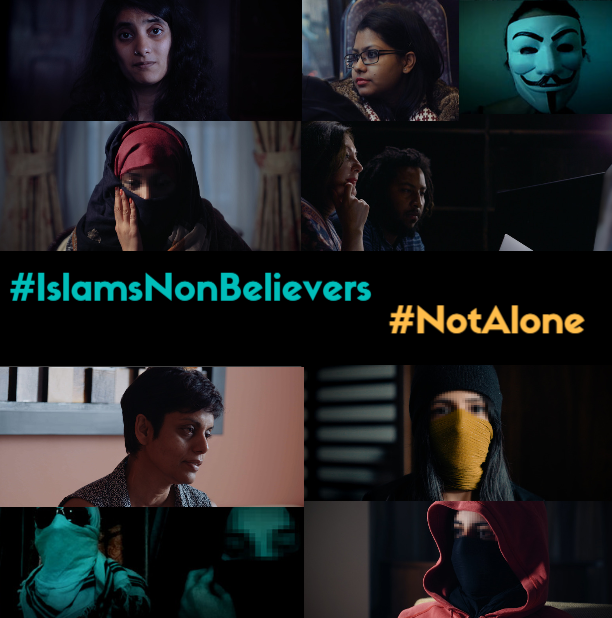 On July 5, 2016 a number of ex-Muslims from Bangladesh, Britain, Iran, Kuwait, Morocco, Pakistan and Syria converged on Kings Cross for a flash “dance” in support of freethinkers and “apostates” across the globe. On their faces and chests, they had written of “Ex-Muslim”, “Kafir”, “Atheist”, “Migrant”, “Refugee”, and “Apostate”.

They danced to Shaggy’s “I Need Your Love”** in support of all those who are isolated, intimidated, harassed, and even killed for leaving Islam or thinking freely.

They also danced in memory of Adel Al-Jaf, a young Iraqi dancer, who was killed the day before in a mass suicide bombing in Iraq with over 200 others. He had to dance in secret; they danced for him and all those who cannot dance, think, live and love in public.

Dance was organised by the Council of Ex-Muslims of Britain.

WE DON’T OWN THE COPYRIGHTS OF THIS SONG.
NO COPYRIGHT INFRINGEMENT INTENDED.