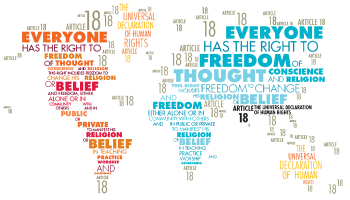 In 2016, the Council of Ex-Muslims of Britain will continue to highlight the cases of those languishing in prisons or on death row for apostasy or blasphemy, including:

Abdulaziz Dauda, also known as Abdul  Inyass, an Islamic scholar sentenced to death in Nigeria for blasphemy for a lecture which was deemed to be blasphemous against Islam’s prophet. He was also jailed for 3 years for inciting public disturbance.

Ashraf Fayadh, a Palestinian poet and artist who lives in Saudi Arabia, has been sentenced to death for ‘apostasy’ for his poetry which the regime claims has questioned religion and spread atheism.

Hesameddin Farzizadeh, 23 year old writer and student who has been sentenced to 7 years in prison, 74 lashes and the death penalty for apostasy in Iran for his book examining the history and questioning facets of Shi’a Islam.

Islam Behery, Egyptian TV host was sentenced to prison for “contempt of religion.”

Mohamed Cheikh Ould, Mauritanian activist and blogger sentenced to death for apostasy for an article he wrote, which the court found was critical of Islam and Islam’s prophet.

Raif Badawi, Saudi secular blogger and founder of a liberal website sentenced to 10 years in prison and 1000 lashes for apostasy for raising questions about religion and politics.

27 Sudanese Muslims from the Qurani sect, charged with apostasy and disturbing the public peace according to article 126, section 2 of the Sudanese criminal law for considering the Quran holy but believing that the Hadith, sayings and actions of Mohammad, Islam’s prophet, are not authentic.

Waleed Abu Al Khair, Saudi human rights lawyer (including for his brother-in-law Raif Badawi) was found guilty by a special counter-terrorism court of, among other charges, insulting the judiciary, disobeying the ruler, and harming the reputation of the Kingdom. He was offered a reduced sentence of 10 years if he apologized for his “offences”, but when he refused an appeal judge ordered him to serve the full term…

CEMB reiterates its call for the release of apostates and blasphemers across the globe. Apostasy and blasphemy are not crimes but basic human rights as are interpreting, mocking, criticising, and renouncing Islam openly and freely.