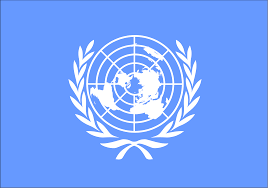 To UN: UK public institutions continue to fail to uphold an environment free of discrimination

We write to draw your attention to the increasing incidence of gender segregation on public university campuses in the United Kingdom, and to seek your intervention in this matter.

Gender segregation reinforces negative views about women, undermines their right to participate in public life on equal terms with men and disproportionately impedes women from ethnic and religious minorities, whose rights to education and gender equality are already imperilled.

The practice first came to light after two men were forcibly removed from the ‘Women’s’ section and several students were refused entrance to the ‘female only’ section at a public debate at University College London (UCL) on 9 March 2013 between the Islamist Hamza Tzortzis and the American cosmologist Lawrence Krauss, organised by Tzortzis’s Islamic Education and Research Academy. Seating at the event was divided such that men were seated at the front of the lecture theatre and women at the back. The two men were readmitted only after Lawrence Krauss threatened to pull out of the debate (video) if segregation was enforced. Following an internal investigation, UCL banned the organisers from conducting events on their campus in future and reaffirmed its Policy on Gender Segregation.

We are compelled to seek your intercession in this matter after Universities UK (UUK), the representative body of British universities, issued, on 22 November 2013, Guidance for universities on ‘External speakers in higher education institutions’. The Guidance featured a hypothetical case study (of a visiting speaker who insisted that the audience be segregated by gender) which concluded that “assuming the side-by-side segregated seating arrangement is adopted, there does not appear to be any discrimination on gender grounds merely by imposing segregated seating”. The case study triggered a protest by students and women’s rights campaigners outside the London offices of UUK on 10 December 2013, and, following sustained criticism, was withdrawn on 13 December, pending further legal advice. (The original guidance is attached: ExternalSpeakersInHigherEducationInstitutions.)

UUK has claimed that the case study was merely ‘hypothetical’. However, besides UCL, there have been several cases of students complaining about gender segregation, for example at Leicester University and Queen Mary University London. A poll by the Times Higher Education revealed that out of 46 universities that responded, 29 do not have prohibitions against gender segregation in place. The Federation of Islamic Students Societies, for example, has issued guidelines on how to run a successful Islamic student society. These prescribe to “maintain segregation between brothers and sisters, keeping interaction between them at a minimum”.

Universities UK claims that it has still not abandoned the case study, which is merely pending “review”. Instead, a number of public statements made by their Chief Executive, Nicola Dandridge, and by the organisation itself, give us reason to fear that the case study may quietly be reintroduced to the report, with purely cosmetic alterations that do not neutralise the danger it poses to gender equality and women’s rights.

We hope you will appreciate that it is difficult enough resisting gender-segregation in public spaces even with equality and human rights legislation demonstrably in our favour, and that a recurrence of this Guidance will irretrievably damage the cause of gender equality and women’s rights in Britain by emboldening the apologists of this practice.

Should you wish to investigate these incidents, we would like to forewarn you of a common misconception that has been encouraged by apologists for this practice, namely that it is “voluntary”. It is not, inasmuch as it is beyond dispute that attendees at these events are expected to sit in specific zones, on pain of eviction. The prefix “voluntary” merely implies that such events will sometimes have three sections – men’s, women’s and mixed. We hope you will agree that this token concession does little to address our principal objection to this practice, which is that it amounts to the appropriation of a public space in the name of religion or culture, in a manner that undermines the dignity of both men and women and creates a hostile, degrading and humiliating environment for women. We also hope you will concur that, for many women, particularly those from ethnic minorities, the ‘choice’ of mixed/segregated seating is often made under considerable duress.

Finally, we would also like to draw your attention to a legal note submitted to UUK by Radha Bhatt, an undergraduate student of the University of Cambridge, which provides a succinct illustration of the manifest illegality of gender segregation under Britain’s Equality Act 2010 and the European Convention on Human Rights, and reminds UUK of its Public Sector Equality Duty towards the imperatives of eliminating discrimination, advancing equality of opportunity and fostering good relations between those who share protected characteristics.

We are concerned that beyond the cases we have brought to your attention, there is a persistent issue of discrimination through gender segregation at public universities in the UK and also elsewhere. Recently, for example, a professor at York University in Canada faced reprimand for upholding gender equality in his classroom. Gender segregation is often done in the name of respecting cultural and religious rights with culture, religion and ethnicity often presented as inextricably intertwined and seen to supersede women’s rights and equality in the hierarchy of rights.

Even though the UK is a signatory to CEDAW and despite the fact that the issue has been brought to the attention of university administrators and policy makers, public institutions in the United Kingdom continue to fail to uphold an environment free of discrimination.

We thank you for your consideration, and look forward to your intercession on this pressing human rights issue.

Maryam Namazie
One Law for All and Fitnah – Movement for Women’s Liberation
maryamnamazie@gmail.com
077 1916 6731
@maryamNamazie