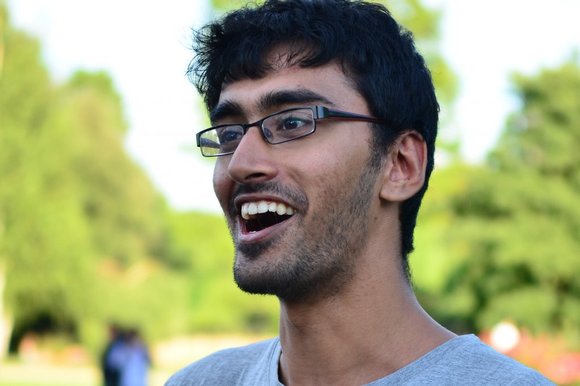 Here’s a tribute to the Council of Ex-Muslims of Britain’s young member and activist Irtaza Hussain who tragically committed suicide on 11 September.

Irtaza was an active member of the Council of Ex-Muslims of Britain. In his membership statement he wrote: “Islam quite simply did not provide enough answers at all and was fairly credulous. What is absolutely appalling is the state of ignorance within Muslims and how many of them make claims about Islam’s monopoly on knowledge yet still being miles away from having a proper appreciation of academia.”

Irtaza was well known amongst us. He joined our events, spoke to the media on our behalf, and defended the right to leave Islam, reason and free expression whenever he could. Despite all the torment and hurt and despair, he never stopped speaking out and helping others. Irtaza even contributed to a soon to be published report on the status of apostates from Islam for CEMB – a report which he will never get to see.

In one essay he had written in 2012, which he asked me to look over, he ends saying: “The critical thinking involved and the logical fallacies that we see as convenient are not just mere instructions considering the doors they have opened and the apathy that they have eliminated. They are powerful tools that we should be proud to have used them and we must continue to use them because we have strong reasons to do so. We must pat ourselves on the back and continue to do good as we do because not only are we bringing passion into the lives of many and ours; we are doing good and eliminating the bad within humanity. Let us continue to hold on to these progressive values and preach them with the regard that we have showed in disciplined discourse, with the use of reason and standing up for progressive values. We have a voice and we continue to use it.”

Many of his last emails and messages were full of hurt and despair. Much of it he said had to do with his family as well as the traumas related to being ex-Muslim. He also had mental health issues.

In one email he wrote: “I’m starting to lose it and I’m sick to death of my situation.”

In another he wrote: “Thanks for your concern, I really do need to feel as I’m loved for to actually get out of this. The main problem was that I had bottled too much and kept myself away from people recently since I was too busy but the thoughts that I should’ve discussed weren’t discussed and that caused an acute stress reaction. I’ll just have to bear things for a while, pass a Life in the U.K test and make more effort to move out.”

On 11 September Irtaza could bear no more.

And how we will miss him.

The above speech was given at 19 September CEMB evening drinks event with philosopher Arif Ahmed.