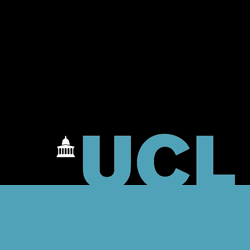 UPDATE: After receiving complaints about sex apartheid on its campus, UCL has banned the organisation from holding events on its premises.
Well done to the UCL for standing up for gender equality! What remains is for other universities where these misogynists are speaking to follow suit…

The Council of Ex-Muslims of Britain was horrified to learn of sex segregation at an Islamist-organised event in University College London last weekend.

Whilst the behaviour of the organisers is wholly predictable (it has since come to light that UCL were repeatedly informed of their intention to segregate the audience beforehand), the university’s failure to uphold such a fundamental principle of equality as non-segregation is staggering.

UCL was the first university in England to be founded on an entirely secular basis and to treat women and men equally in admissions. At this point in time it is unclear whether the university’s complicity in enforcing a gender segregation policy was the result of institutional incompetence or moral cowardice. Regardless, UCL must realise that their reputation as pioneers of equality in academia now risks being reduced to tatters unless action is taken immediately to ensure that this is never allowed to happen again.