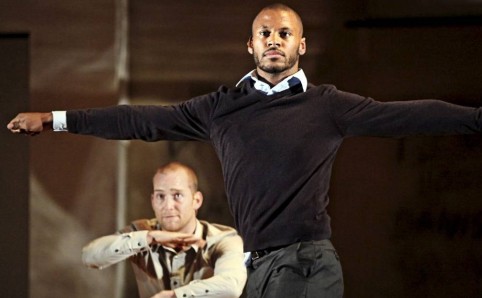 DV8 Physical Theatre: Can we talk about this?

Lloyd Newson’s latest work, Can We Talk About This? deals with freedom of speech, censorship and Islam. The production premiered in August 2011 at Sydney Opera House, and will be followed by an international tour.

From the 1989 book burnings of Salman Rushdie’s The Satanic Verses, to the murder of filmmaker Theo Van Gogh and the controversy of the ‘Muhammad cartoons’ in 2005, DV8’s production will examine how these events have reflected and influenced multicultural policies, press freedom and artistic censorship.

In the follow up to the critically acclaimed To Be Straight With You, this documentary-style dance-theatre production is based on interviews, thoughts and speeches of individuals such as Maryam Namazie, the director of ‘One Law for All,’ which fights for the rights of women, and against Sharia courts and Sharia law being introduced in Britain.

For dates and tickets, visit here.