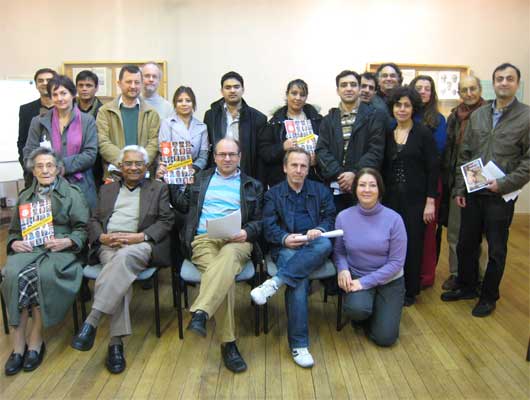 The Council of Ex-Muslims of Britain held its second Annual General Meeting on 13 December 2009 in London.
The AGM unanimously adopted a statement expressing the organisation’s concern over the Swiss vote to ban minarets. The statement said:

Moreover, the AGM unanimously reiterated its support of the One Law for All Campaign and the newly founded International Bureau for Laïcite’s Charter for Secularism.

The AGM adopted the organisation’s constitution and annual and financial reports. Furthermore, it thanked Maryam Namazie for her work as Spokesperson of the organisation.