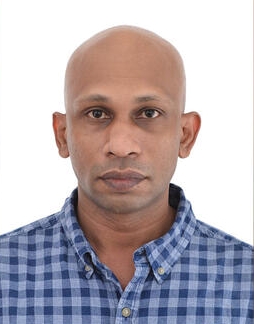 Mohamed Rusthum Mujuthaba, a leading atheist and secularist in Maldives, faces a prison sentence if convicted of blasphemy. Though his court hearing on 23 June 2022 was postponed, he faces ongoing harassment, intimidation and persecution at the hands of the Maldivian government for practicing his fundamental right of freedom of expression and conscience.

He has previously been detained for more than 6 months without trial for blasphemous content on social media. During his detention, he has been subjected to inhuman treatment, including a punch to the chest that left him breathless and in pain for days, psychological tests to ascertain mental illness because of his atheism and abysmal prison conditions. He has also been harassed by prison staff for not observing fasting during Ramadan and even moved to death-row at a maximum security unit in Maafushi Prison at one stage.

Rusthum Mujuthaba also faces serious and credible threats from Islamists in the country. Atheists and freethinkers have been attacked and murdered in the past. After his photo was leaked to the media following his last court appearance in May, he has received a new round of death threats and is in imminent danger.

Because of the accusation of blasphemy, Rusthum Mujuthaba has been unable to obtain legal counsel and has had to represent himself.

Ex-Muslims International, the global coalition of ex-Muslim organisations, condemns his continued persecution and calls on the Maldivian authorities to immediately drop all charges against him, respect internationally recognised human rights laws and repeal its blasphemy law.
Rusthum Mujuthaba has a right to freedom of conscience and expression.