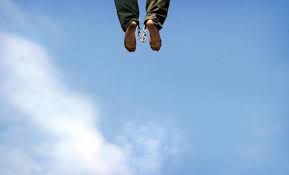 Two people have been sentenced to death on blasphemy charges and are being held in Arak.

Yousef Mehrdad of Ardabil has been named as one of the two, although the identity of the other remains unknown.

Yousef Mehrdad is facing other charges, including insulting Iranian leaders and acting against national security. According to Narges Mohammadi, vice president of the Defenders of Human Rights Center, Mehrad has three small children. He has been unable to contact his family for eight months, according to her Instagram message.

The second chapter of Iran’s Penal Code, Book 5, includes insulting sacred religious beliefs. Article 513 states that anyone who insults the sacred values of Islam or any of the Great Prophets or twelve Shi’ite Imams or the Holy Fatima, is considered as Saab-ul-nabi, as having committed actions warranting Hadud punishments for insulting the Prophet, namely execution. Otherwise, they shall be sentenced to one to five years’ of imprisonment. In addition, there is a crime of swearing at the Prophet or Saab-ul-nabi under article 262 of the Penal Code, anyone who swears at or commits Qazf against the Prophet of Islam or any of the Prophets, shall be considered as Saab-ul-nabi, and shall be sentenced to the death penalty

On the basis of enmity against God, the Islamic Republic of Iran has arrested and executed hundreds of people. Despite the fact that this is presented as a legal crime that can be used against atheists and other religious dissenters.

Anti-blasphemy laws prohibit criticizing the Islamic government, ‘insulting’ Islam, and publishing content that does not adhere to Islamic values. These rules have long been used by the Islamic Republic of Iran to persecute freethinkers, bloggers, and journalists. Detainees under the supervision of the “religious police” have witnessed harassment, prolonged detention, torture and executions. The court has, on several occasions, acquitted murderers who killed their victims for anti-Islamic activities.

The government of Iran jails and executes periodically dozens of individuals on charges of blasphemy. In a recent case, Reza Tabrizi, a well-known Iranian athlete and bodybuilder, had previously been imprisoned for blasphemy. His sports club was also suspended due to the presence of some Muslim extremists who chanted slogans. According to the state-run Fars news agency, extremists reacted angrily to this bodybuilding coach’s Instagram post, after Tabrizi protested that religious places like shrines and mosques are open during the covid-19 crisis, but sports clubs are closed.