In Support of Charlie Hebdo: We’re Not Offended

Today’s issue of Charlie Hebdo with (mostly) #exMuslims, thanks to Inna Shevchenko.

Translation of my contribution:

“A progressive, satirical anti-clerical tradition such as that of Charlie Hebdo’s is not the sole domain of the West. When Charlie Hebdo draws Mohammed, it gives those of us battling apostasy and blasphemy laws in today’s Islamic states much needed support and strength. Having paid the highest of prices, Charlie Hebdo continues to remind the world that criticism of Islam and the sacred is a right, that silence and censorship aids the fundamentalists at the expense of victims and dissenters and that threats and murder will never silence those who are committed to free conscience, thought and expression.” 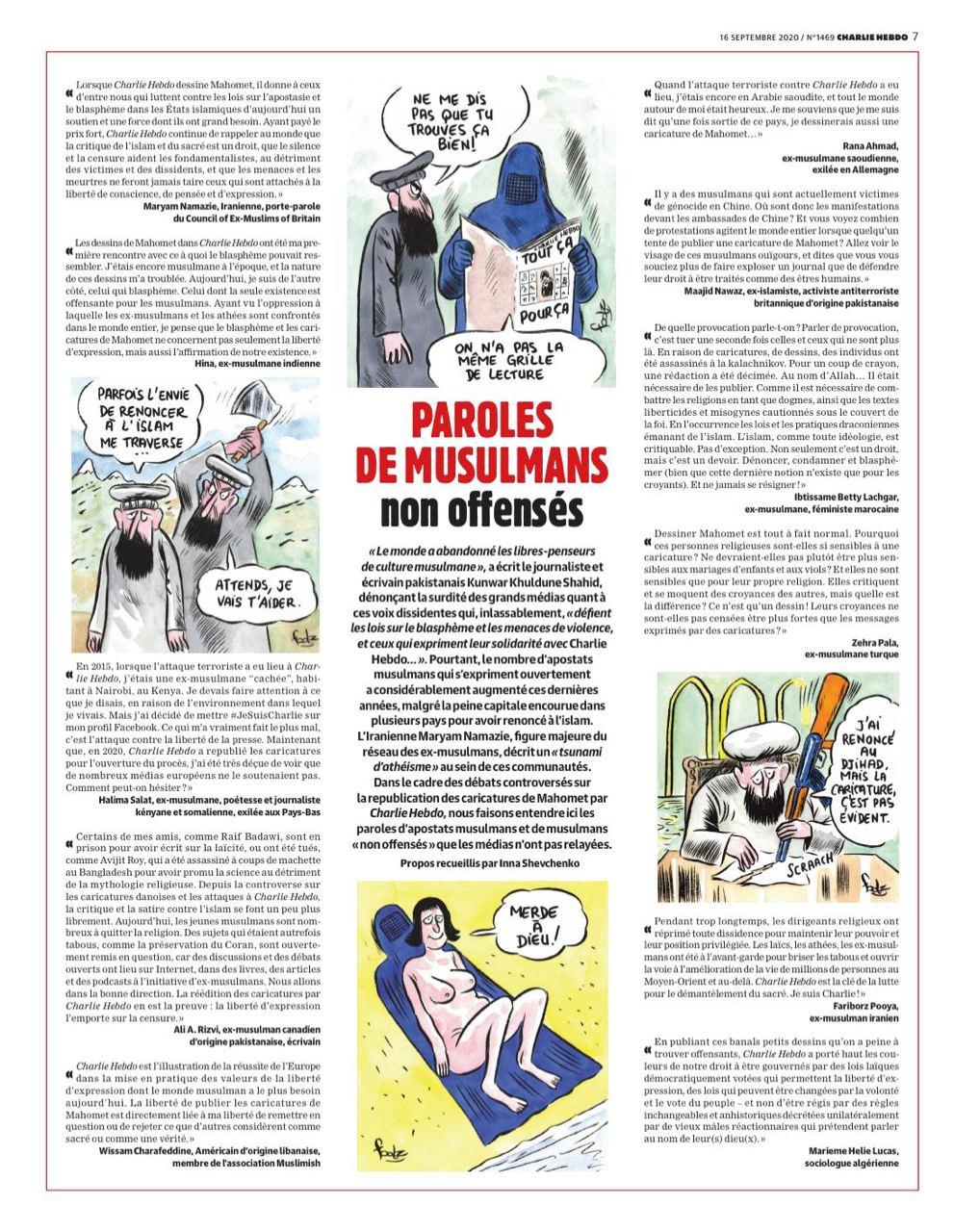