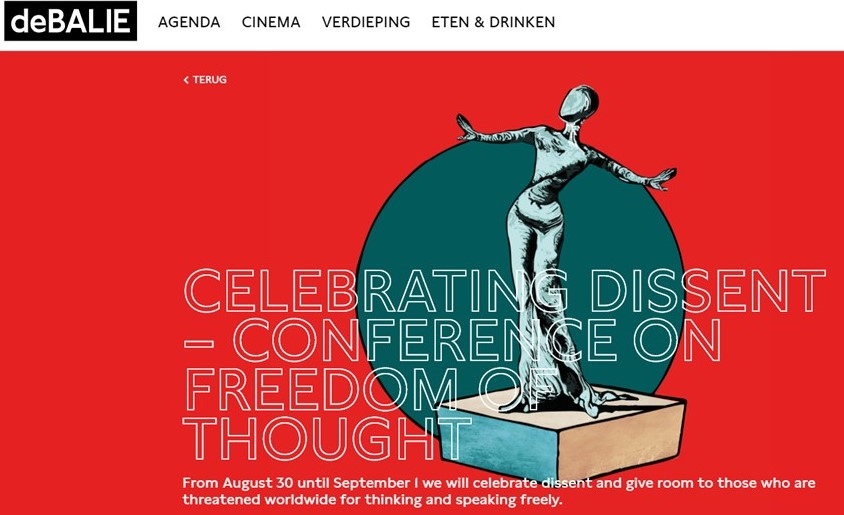 By CEMB May 10, 2019 4 mins read
Share
August 30 until September 1st, De Balie, Amsterdam
Freedom of thought and expression is not a given, it requires continuous effort to safeguard it. Especially for those who dare to be different, to leave their religion or doctrine, to speak out and stand alone. In a time where dissenters continue to be threatened, silenced, excluded, intimidated and even killed for rejecting and criticising the prevailing opinion or religion, a celebration of free speech is an act of resistance.
This weekend, we will highlight these themes and give room to those who are threatened worldwide for thinking and speaking freely. The celebration will highlight and honour dissenters, raise key issues such as women’s resistance and rights, apostasy and blasphemy laws, identity politics, Islamophobia and secularism.
Over 40 speakers from the following countries: Australia, Bangladesh, Egypt, France, Germany, India, Iran, Iraq, Kenya, Kurdistan, Morocco, the Netherlands, Norway, Pakistan, Saudi Arabia, Somalia, Sudan, Syria, Turkey, UK, Ukraine and USA.
This two-day event dedicated to the freedom of thought and in collaboration with Council of Ex-Muslims of Britain (CEMB) will include lectures, panel discussions, music, art, poetry, film, theatre, comedy and more. Ticket sales will start soon.
0 comments 211 views