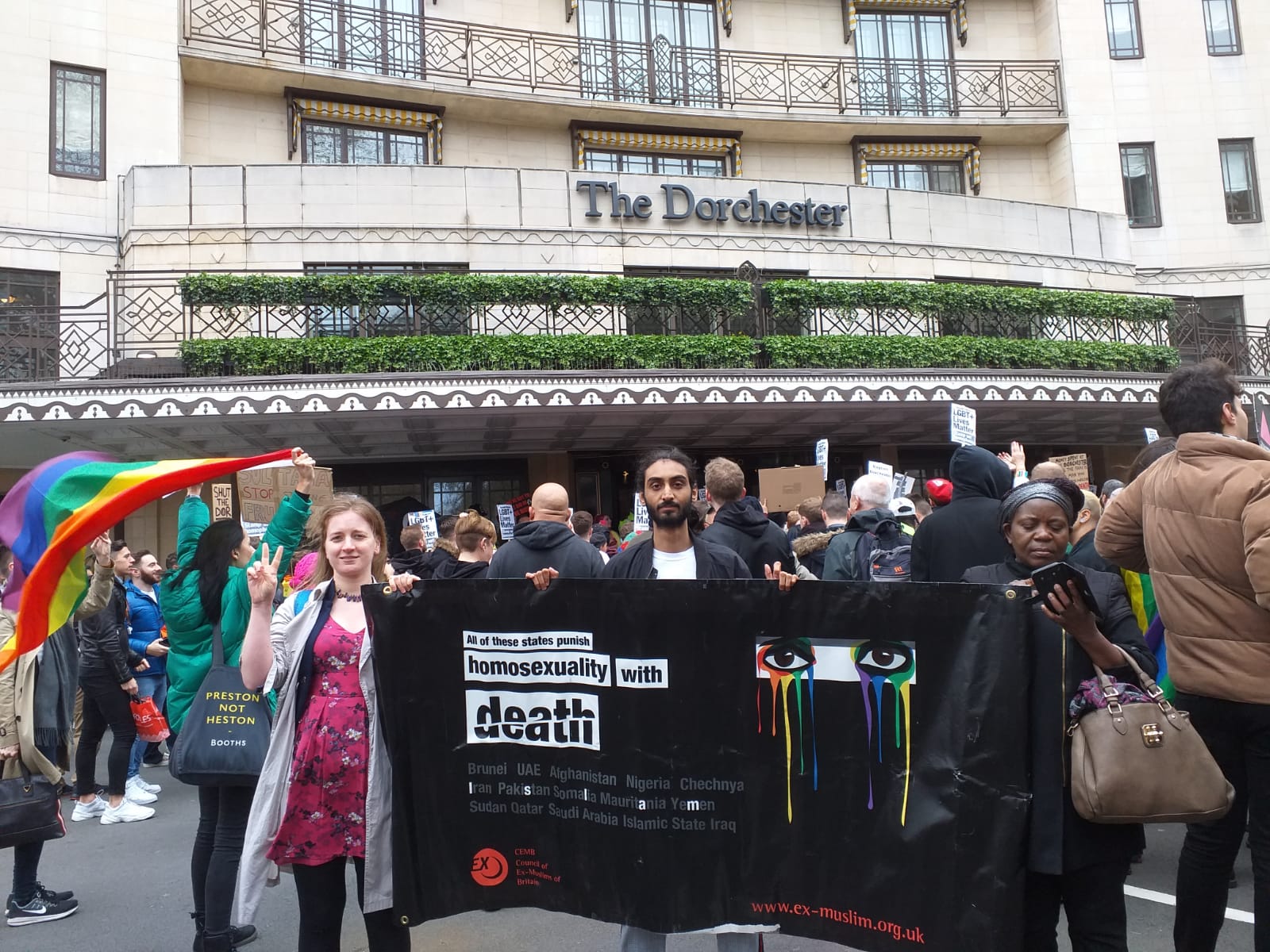 Many of the Council of Ex-Muslim’s of Britain’s supporters and volunteers showed their outrage at the introduction of the death penalty for gay sex in Brunei by protesting outside The Dorchester Hotel in London.

On 6th April 2019, many volunteers and supporters of the Council of Ex-Muslims of Britain joined the Peter Tatchell Foundation and nearly 400 protesters to condemn the brutal introduction of the death penalty by stoning for gay sex and public whipping as a punishment for lesbian sex in the country of Brunei. The law has been introduced by the Sultan of Brunei, the country’s absolute monarch, as part of a new penal code based on Sharia law and the Hudud punishments, which will also punish apostates from Islam, blasphemers and people who have had sexual relations outside of marriage with death by stoning. As a result, sexual minorities, vulnerable women, religious minorities and freethinkers will be persecuted.

The protest took place outside The Dorchester Hotel, which is owned by the Sultan. Speaking on behalf of the Peter Tatchell Foundation, Peter Tatchell urged the public to boycott the Sultan’s businesses including his collection of luxury hotels and Royal Brunei Airlines. He also urged other businesses such as travel booking sites to cut off ties with these businesses. As well as “hitting him in his pocket” the protest also urged the UK to turn Brunei into a pariah state over its actions, cutting off all ties with the regime and suspending the country from the commonwealth, until this new penal code has been dropped.

As freethinkers and advocates for universal human rights we fully support the protest, which gained national and international media coverage. It is also important to note that 14 states around the world, including Brunei, and all Islamic, have a death penalty for homosexuality, based on Sharia law and the hudud punishments. Most of these countries also have similar penalties for apostasy and blasphemy. Unfortunately, the wider world does little to hold these countries accountable. The UAE is a popular holiday destination, whilst the Conservative Party of Britain has strong ties with regimes such as Saudi Arabia and Qatar. What’s more, 35 countries in The Commonwealth have anti LGBT+ laws of one form or another. These laws were mostly introduced during colonial times, but since these countries have gained independence, they have done little to nothing to take any steps forward to repeal these laws. The situation is made worse by Islamic and Christian fundamentalism, as well as other forms of religious fundamentalism. This is of course, unacceptable and we hope the protests like this, draw attention to inhumane laws and practices still happening in our world, which will in turn inspire political action against them.

The protest was organised by Benali Hamdache, who is a Green Party candidate for the London Assembly. Further protests and political action is expected and we hope our supporters will take part to make a stand. 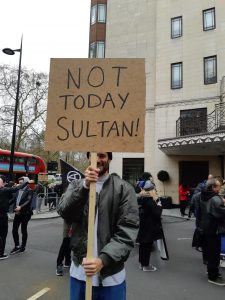 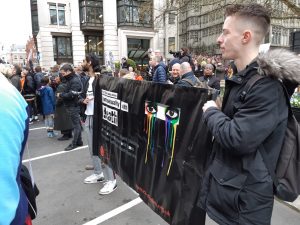 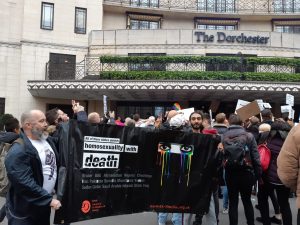 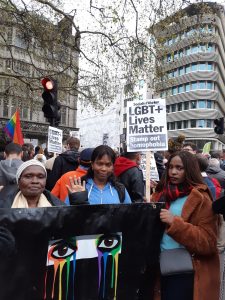 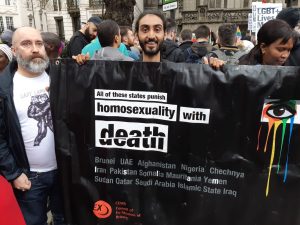 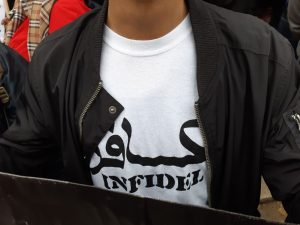 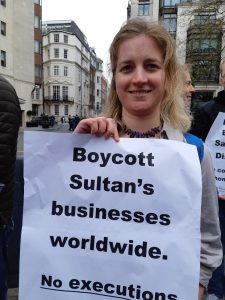