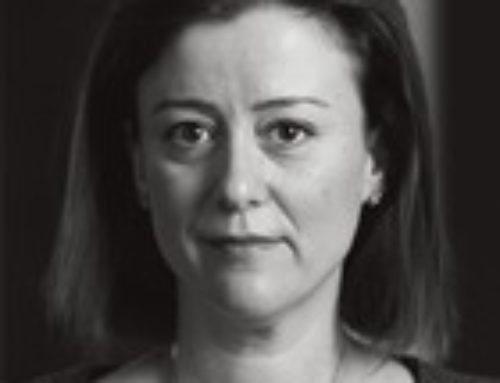 THE DANGERS OF BEING A DEVOUT ATHEIST

THE DANGERS OF BEING A DEVOUT ATHEIST

I have been an atheist since the age of 13. There was no Damascene moment to it. One day I realised that I did not believe in god any longer. It was the end of a personal journey that had started out in fervent Catholic devotion from the moment I took my First Holy Communion, fuelled by regular attendance to Sunday mass, daily evening prayers before going to sleep and regular engagement in confession. However, for many reasons, I lost my faith, never to return.  Just like that.

To mark such a momentous occasion there was a short announcement in the only appropriate forum at the time: the family dinner table. My revelation was greeted with a dismissive eye roll from my mother, complete indifference from my siblings and one of my father’s undefined grunts which meant anything from “Ok”, “you must be having a laugh”, “Good”, “What’s on telly?” or “No”. Interpreting my father’s moods was a bizarre game of chicken that taught me to be brave – yet cautious – to expect the unexpected, never shy away from a fight – unless it could not be won – and always think outside the box. These skills have been invaluable in the last 20 years working as an asylum and immigration lawyer in the UK.

The timing of my revelation was critical. Had I been born a few years earlier the situation would have been completely different. I was born in the early 1970s, in Franco’s Spain, where pretty much all babies had to be baptised by legal imperative. Luckily for me I have no recollection of Francoism. El Caudillo died before I could understand what was going on around me.

My atheism would have been very dangerous under Franco. My father – also an atheist – would have been much more vocal in his response to my revelation, to the point of verbalising some actual words. He would have told me to keep quiet and never, ever share my thoughts with anyone unless I wanted to end up in prison. My father had witnessed Catholic priests abuse the great power bestowed upon them by the Franco regime. He grew up at a time when those who did not show up for Sunday mass mysteriously disappeared without a trace. Everyone knew not to ask any questions to avoid suffering the same fate. I have no doubt that I would have found it intolerable to live in a society so dominated by a religion I could not follow. I have no doubt I would have desperately sought a way to escape.

Being an outspoken free thinker in the society I grew up in did not put my life in danger.  I may have been perceived as being weird and annoying which resulted in having less (but more select) friends. My family did not disown me. The authorities had no interest in me and I was not ostracised or persecuted by my local community. I was not discriminated against by anyone because of my atheism.

Unfortunately this is a privilege that is not afforded to many atheists and free thinkers around the world. Millions are born in repressive societies where religion and politics are indivisibly merged together. These are societies where women have fewer rights than men, where nobody can be religiously indifferent and individuality and non-observance of the status quo can literally get you killed. Just like LGBTI individuals from homophobic countries, free thinkers and atheists born in religiously autocratic regimes face the agonising choice of either conforming, following the herd and living a lie or leaving their home, culture and families, everything they have ever known, in order to start out from scratch in a strange land where they would be able to be themselves without having to pretend to be someone they are not.

Over the years I have had the enormous privilege of successfully representing a large number of atheists from different countries. I am stunned at the extraordinarily high personal price paid by many of my clients as a result of their free thinking. As a fellow atheist, I understand their journey from believer to non-believer. I know it is a process with a beginning, a middle and an end. However, I cannot in any way relate to the pain my clients have endured as a result of their atheism such as not being able to visit their countries of origin, having been disowned by their families and lifelong friends, feeling isolated and sometimes suicidal.

And that is before they make a formal asylum application to seek protection. This is a process that can feel like the legal equivalent of a full body cavity search; intrusive, adversarial and unsympathetic; marred by a culture of disbelief; sometimes inhumane.

As a lawyer I strive to protect my clients as much as possible, advising them as to what they can expect from the process, spending many hours going through their evidence with them to present the best possible case, strengthening their claims with relevant country information, making full use of my legal toolkit to persuade the decision-maker that atheist asylum applicants are not making up their claims to stay here and work, to be given a council flat and benefits, that these applicants would be at risk of imprisonment, death or both if they are sent them back home just because they can no longer make themselves follow a religion they believe to be a fantasy and cannot abide by the rules imposed by it. Once the genie is out of the bottle, it cannot go back in.

Not all of my atheist clients have had a difficult time securing asylum in the UK. This is very much the luck of the draw. In my experience once my client negotiates the potential Orwellian situations that arise at the Asylum Screening Unit, if the case is well prepared in my experience there is a reasonable chance of securing a grant of asylum on application. Unfortunately, despite our best efforts sometimes the decision-makers do not read or engage with all the evidence painstakingly prepared in support of our cases. In those situations, we can find ourselves in front of an Immigration Judge who is independent of the Home Office. This comes at a very substantial financial and emotional cost.

Over the course of my career I have worked on a wide variety of asylum cases which I have very much enjoyed. However, I cannot help but having a soft spot for atheist clients. Every single time I work in these cases I find something relatable on a personal level. I very much hope to be able to continue doing this work for many years to come.