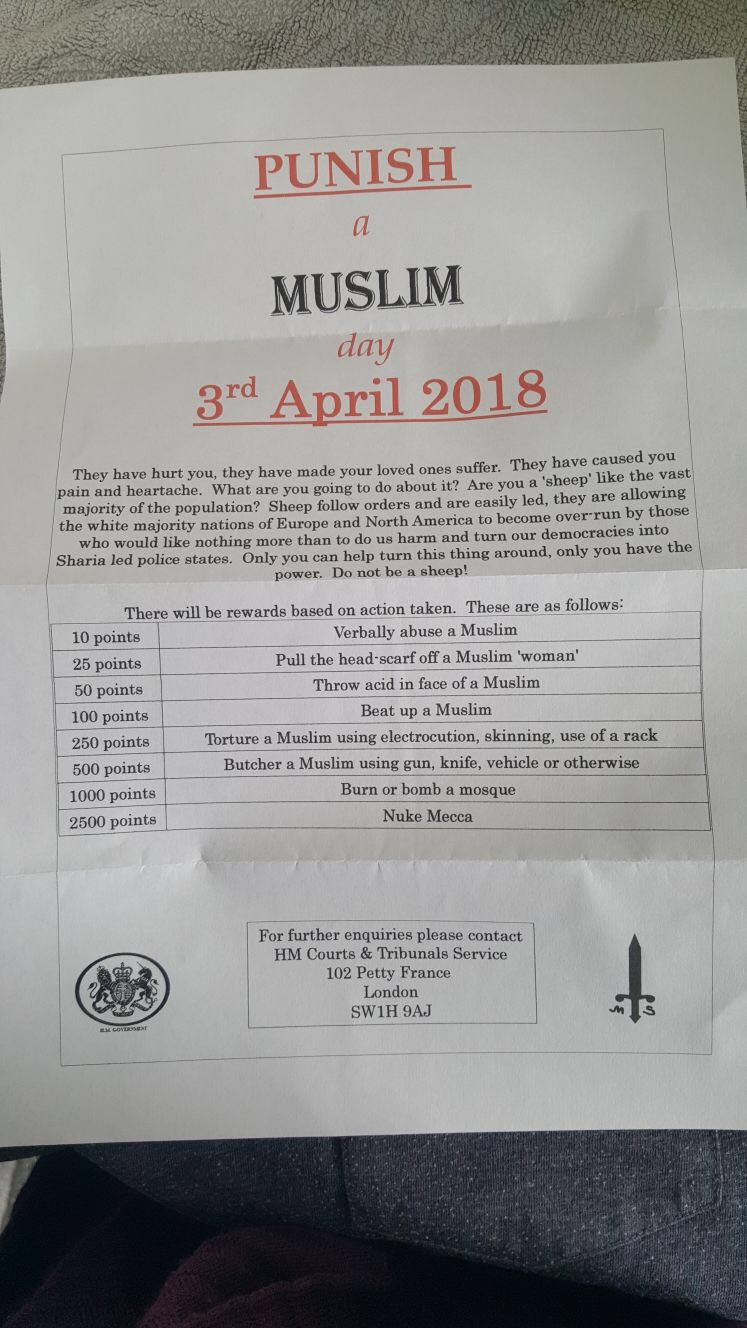 CEMB calls on Government to prosecute incitement to violence

Council of Ex-Muslims of Britain (CEMB) has been informed that members have received “Punish a Muslim” contest flyers. We are outraged at this clear incitement to violence and call on the government to take immediate action to investigate the origin of the letter and find and prosecute the perpetrators.

We have cancelled an event we are holding on the day for fear of the safety of our members and call on the government to ensure the safety of all minorities. Furthermore, we are concerned that the letter has been distributed up and down the country, as well as on social media.

CEMB continues to fight on several fronts – against the far-right of all stripes, including Islamism and white supremacists as well as for citizenship rights irrespective of beliefs or background.