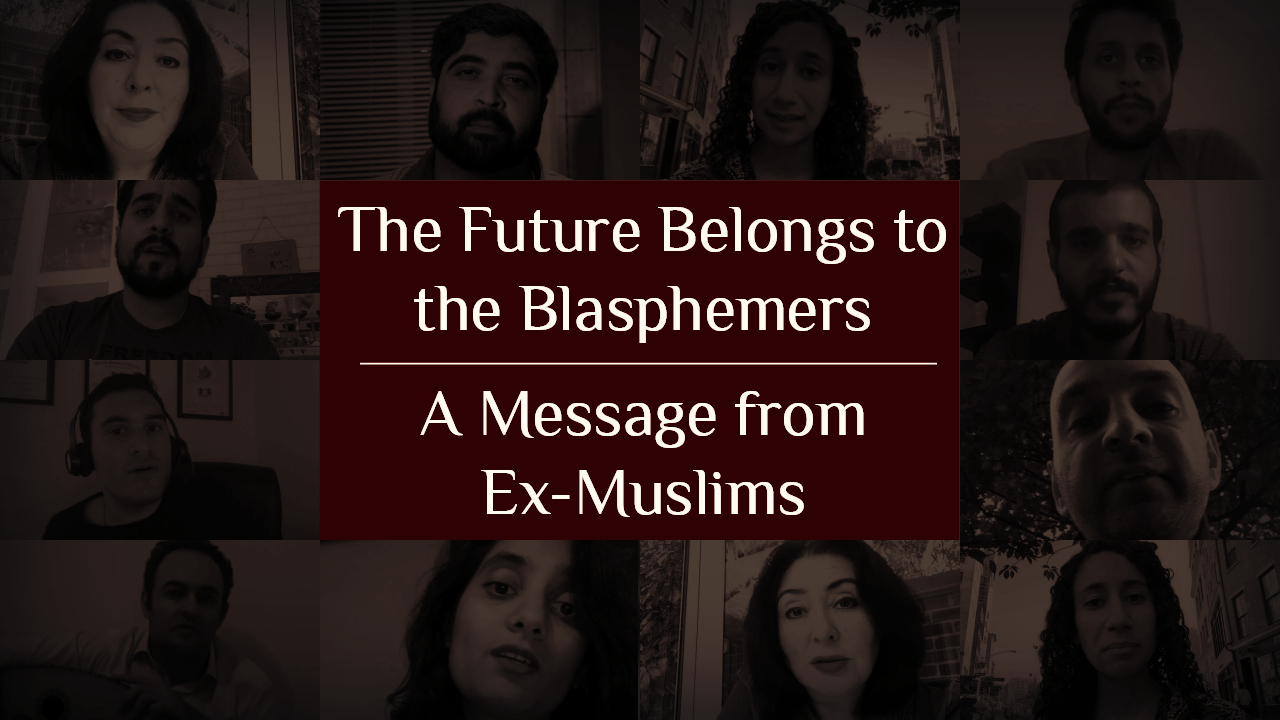 The Future Belongs to the Blasphemers – a Message from Ex-Muslims

A message from ex-Muslims to mark International Blasphemy Day

Some people believe that disagreeing with deeply held beliefs is hate. It is not.

I want to remind you that many of the most powerful ideas, ideas that changed our world were once heretical.

I want to remind you that many of the most radical thinkers and reformists in past eras were blasphemers against the established order of their day.

It was not too long ago that those in the west, were right where ex-Muslims are now.
When losing your life because of a perceived insult to religion was commonplace. Every inch of progress made, every freedom won , every right enshrined, that are now assumed as a birth-right were never simply handed over – they were fought for, tooth and nail.

Like those of us fighting today, these rights were fought for by freethinkers and dissenters, those who fought for the right to blaspheme by blaspheming themselves – and not accidentally. By blaspheming with purpose and determination, out of a belief that it is a matter of individual liberty to contest every idea, no matter how sacred it may be to some – and that only by granting every individual the freedom to explore and uphold their own opinion and belief do WE as a society progress.

I know it is frightening to stand up in the face of the rage of countless believers and dozens of countries but there is light ahead. We are much stronger than they think. While they succeeded in silencing us for over a thousand years we will be silent no more. While they sought to silence us by isolating us, we now know better. We know there are millions of us standing defiantly with our ranks swelling.

Even though we miss those that were taken from us, those that are imprisoned today and those that will face a difficult road tomorrow we will never lose hope. We will make a better world where all of humanity is free to follow their conscience.