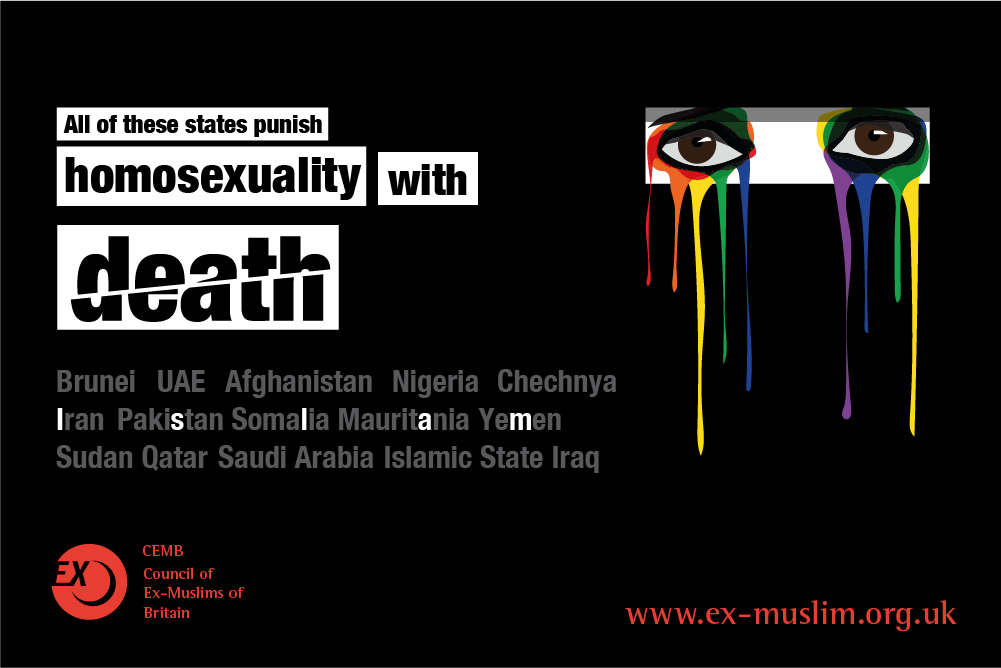 In Toronto LGBT Iranians were branded as ‘Islamophobes’, The Freethinker, 5 July 2017

In Toronto LGBT Iranians were branded as ‘Islamophobes’, The Freethinker, 5 July 2017

At Toronto Pride on June 25 some ‘anti-fascists’ surrounded Iranian refugees and LGBTQ activists and absurdly chanted ‘No Hate at Pride’ – as if defending LGBTQ people in Iran or countries under Islamic rule is ‘hateful’.

Police intervention ensured that they weren’t able to stop the Iranians from joining Pride as the video below shows.

The irony of “anti-fascist” activists accusing an Iranian holding a sign saying “I am Muslim and condemn the persecution of LGBTQ+ in Islamic countries” of “Islamophobia” was clearly lost on them. It’s just another example of how criticism of Islamism or even Islam is conflated with bigotry against Muslims at the expense of dissenters and to the advantage of Islamists.

If you cannot condemn the persecution meted out by Islamic states and Islamists, well, that’s a pretty good deal for those in power and a pretty raw one for those who want to defend human rights.

That Iranian LGBTQ participants needed police intervention in a place where they must feel safest says much about the world we live in today.

Which makes it all the more important to emphasise that the only states which punish homosexuality with the death penalty are Islamic ones, including Afghanistan, Iran, Mauritania, Saudi Arabia, Somalia, Sudan, UAE, and Yemen. And that Islam is used as a justification for murdering LGBTQ people (as are all religions – though we don’t have, for now at least – a Republic of Gilead).

Of course that does not mean that all Muslims are homophobic –gay Muslims at Toronto Pride is a good case in point. After all, people are more than the religions they were born into out of very little choice of their own.

It also doesn’t mean that bigotry doesn’t exist – of course it does. But what on earth does defending LGBTQ people (including gays Muslims ) in countries under Islamic rule have to do with bigotry?

The Iranians at Toronto Pride were told their defence of LGBTQ rights “emboldens” “anti-Muslim racists”,  but those making this convoluted linkage assume that Muslims are automatically anti-LGBTQ and that they are one and the same as the Islamists – which seems to me to be promoting the very bigotry they feign to resist. (Unless of course they believe former President Ahmadinejad when he said “In Iran, we don’t have homosexuals like in your country”.)

On July 8, members from the Council of Ex-Muslims of Britain and I will be marching with others, including Muslims, at Pride in London to highlight the persecution faced by LGBTQ people  in countries under Islamic rule. We will be focused in particular on the harrowing roundup, detention and torture of homosexuals in Chechnya where its president, Ramzan Kadyrov, has expressed the desire to “eliminate” gay people by the start of Ramadan.

Those who will gasp in horror to see us criticise Islam and Islamism at Pride in London whilst they regularly protest the Pope and poke fun at Christianity and the religious-right would do well to remember that rights are universal and applicable to everyone irrespective of where we live.

The argument that Islam and Islamism cannot be criticised because Muslims are a minority in Canada or the UK is akin to telling an Iranian woman that she cannot criticise Trump’s or May’s misogynist policies because Christians are a minority in Iran! It’s absurd when you use this line of argument for any other situation but it has become the new normal, particularly when it comes to Islam and Islamism.

This perspective denies desperately needed internationalism and real anti-fascism (which must include being anti-Islamist to be worthy of its name).

It defends silence rather than condemnation and solidarity.

What was the saying during the height of the AIDS crisis? Silence = Death.

The upcoming International Conference on Freedom of Conscience and Expression being held in London during 22-24 July 2017 will also discuss the links between LGBTQ communities and ex-Muslim movements among other timely issues. For more information of the conference, visit its website.

Also please note that some have said the reason the group were targeted by ‘anti-fascists’ was because of the far-Right JDL which were invited to join by the group organisers. This has been denied by ICHR: 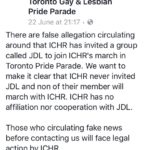