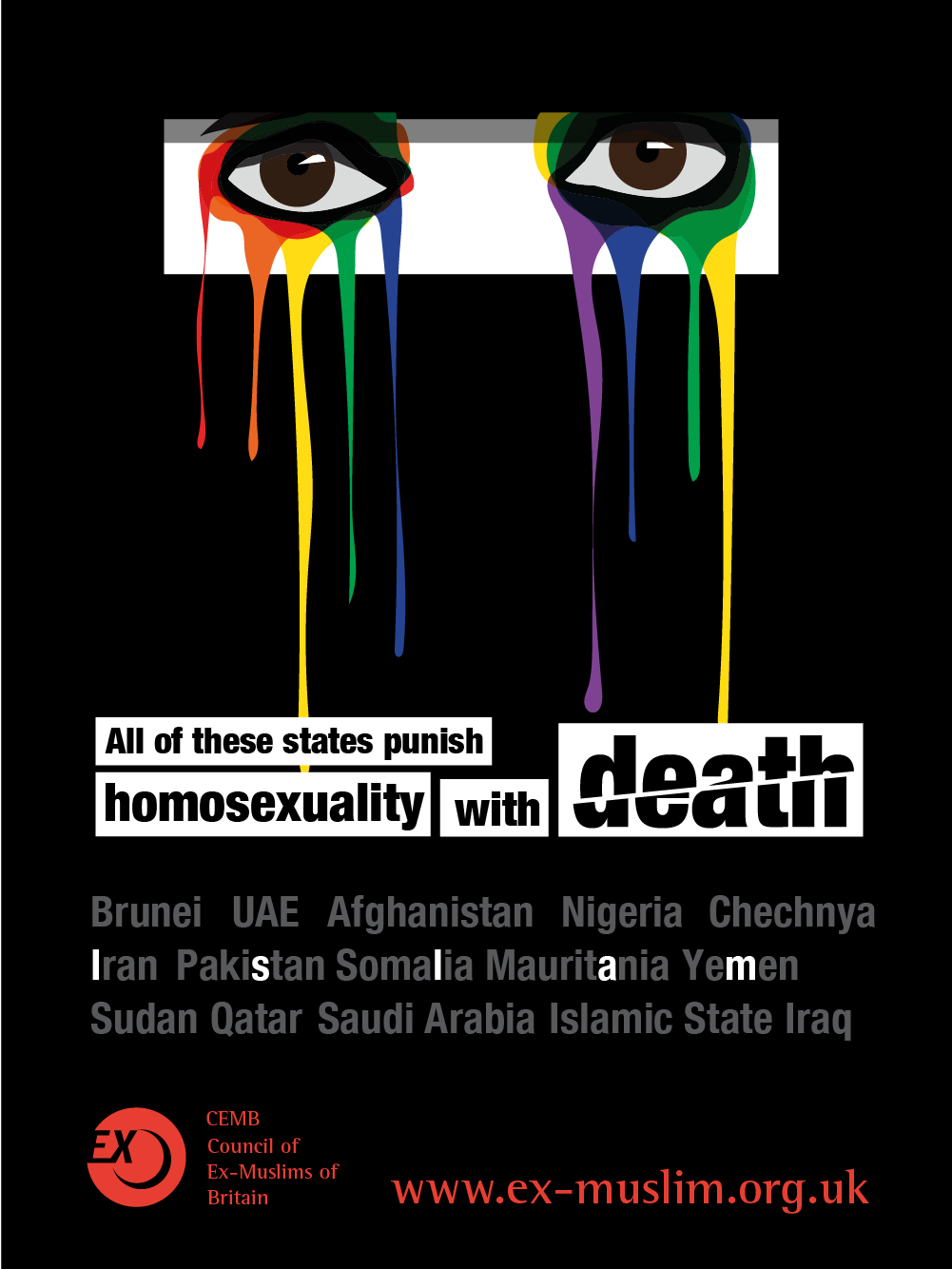 The Council of Ex-Muslims of Britain (CEMB) is pleased to announce it will be taking part in the Pride in London parade on Saturday 8 July 2017.

CEMB will use the Pride in London Parade to protest Islamism’s violence, including the death penalty, directed towards LGBT people. In particular, CEMB will focus on the harrowing roundup, detention and torture of LGBT people in Chechnya where its president, Ramzan Kadyrov, has expressed the desire to “eliminate” gay people before the start of Ramadan.

CEMB Spokesperson Maryam Namazie says: “All the states which punish apostasy and homosexuality with the death penalty are Islamic states, including Afghanistan, Iran, Islamic State, Mauritania, Saudi Arabia, Somalia, Sudan, UAE, Yemen. Pride in London parade will be an important space for us to highlight the violence and hatred against LGBT and demand that people’s rights and lives trump religion and religious rules”.

CEMB was established in 2007 to oppose apostasy and blasphemy laws, break the taboo that comes with leaving or criticising Islam and religion, defend secularism as well as universal rights, and provide support to ex-Muslims in Britain and internationally. The public renunciation and “coming out of the closet” as protest as well as gestures of “solidarity” and “pride” mirror the LGBT movement.

Like LGBT still do in many parts of the world and until quite recently in Britain, those leaving Islam face violence, threats, discrimination, shunning and ostracisation. Many of our members continue to flee persecution and the death penalty, including for being LGBT and atheists.

By participating in Pride in London, CEMB hopes to highlight the persecution of LGBT under Islamic law, defend LGBT equality, and increase solidarity between ex-Muslims, Muslims and LGBT in defence of basic human rights.