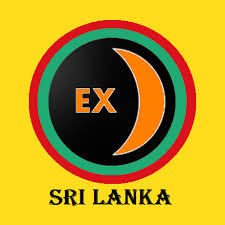 A group of individuals, who chose to leave the religion they were born to – Islam, owing to different reasons, joined as a group to form ‘Ex-Muslims of Sri Lanka’ (EMSL), two days prior to bidding farewell to the year 2016. Coming out to the public for the first time in Sri Lanka’s history as the very first organization for those who left and wish to leave the religion of Islam was formed on 30th of December, 2016 at an undisclosed location closer to the country’s commercial capital, Colombo.

Meeting for the first time as a group, almost all its members from a handful of unidentified individuals, made use of the gathering to hold the inaugural General Meeting of the EMSL. The members belonged to almost all age categories from both genders, made it a point to share their individual experiences and why they chose not to follow the religion they were born to and becoming faithless in the religion. The members were screened and selected after their responses through the social media campaign which took months.

“It’s very disheartening to see how human values are gradually being brought to a dishonourable state by those who follow Islam with great devotion. Most of our members were serious followers while some even preached the religion, but with what’s taking place around lately, in the name of a superior power, we had to make this choice. For many of us, the decision was hard, to leave the religion we were born to, while some have always followed a middle path, which we believe is the best way of life,” one of the pioneer members, who wished to remain anonymous due to safety reasons, stated.

Formed for reasons that are genuinely human, the EMSL members point out that their individual struggles as followers or servants of an unseen divine power and strong, tradition beliefs and practices, are over. The EMSL structuring as a group is based on few vital reasons, to help and counsel those who chose to come out from the belief, make them aware that they do not have to face lashes or pay the price by being beheaded and help create a better environment for those who still follow the faith sans extremism.

“Extremism is a cancer for any religion. Islam has reached an intolerable level, globally and locally. We, as a group do not intend to fight against any of those elements or go against those who counter us, in the same form. We wish to move on, live peacefully and let others of all ethnicity enjoy the same privileges of a free and fair life”.

The EMSL is planning to come out with resolutions, which it feels are important in the name of humanity and broad-mindedness. The group comes out in Sri Lanka at a juncture where racial issues have been gradually escalating between Muslims and other religious groups after the end of the three-decade old ethnic war in 2009. Most countries in the world have come out with groups of former Muslims and in Sri Lanka it is considered the very first time that such a group has come out in public. The EMSL has adopted eleven (11) resolutions and it hopes to forward them to the Government of Sri Lanka and the general public for the further understanding, knowledge, consideration and action. (The resolutions would be shared to the media in due course).