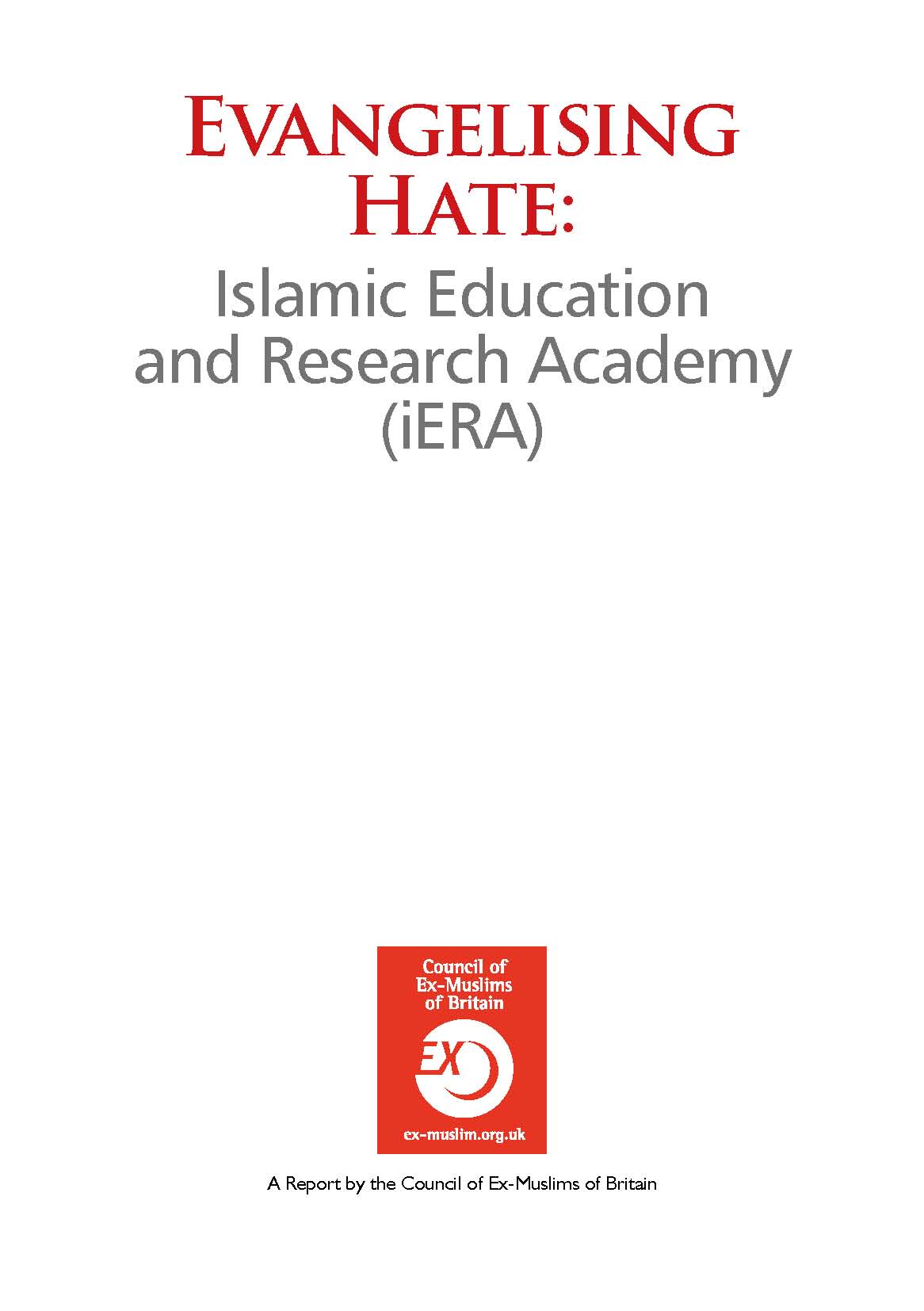 The Charity Commission has spent three years investigating the Islamic Education and Research Academy, including its financial mismanagement and extremist speakers and partnerships, which were highlighted in the Council of Ex-Muslims of Britain’s report “Evangelising Hate“.

The recently published Charity Commission inquiry report confirms CEMB’s report by finding that the iERA has indeed been promoting extremist views, including during the period it was under investigation.

Despite this, the Charity Commission has proposed procedural changes and the managing of risk pertaining to “guest speakers” who have all somehow seemingly incited hatred mainly within their “personal capacities”.

The Charity Commission has ignored the fact that the iERA invites hate-filled preachers linked to the Islamist movement because they represent its own position regarding everything from the death penalty for apostates to hatred against Jewish and LGBT people.

As mentioned in our report,  the practical effects of iERA’s “soft Islamism” is a cumulative one in which hatred and dehumanisation are normalised. Their “missionary” activity is not about spirituality, but a wider effort to legitimise theocratic norms.

The Charity  Commission should at the very least revoke the iERA’s charitable status. Its work is not for the public benefit, it has a clear political purpose, is against public policy and serves a non-charitable purpose.

For more information, see Leading Islamic charity told by watchdog to distance itself from those who condone ‘violent extremism and acts of terrorism’, The Telegraph, 13 November 2016