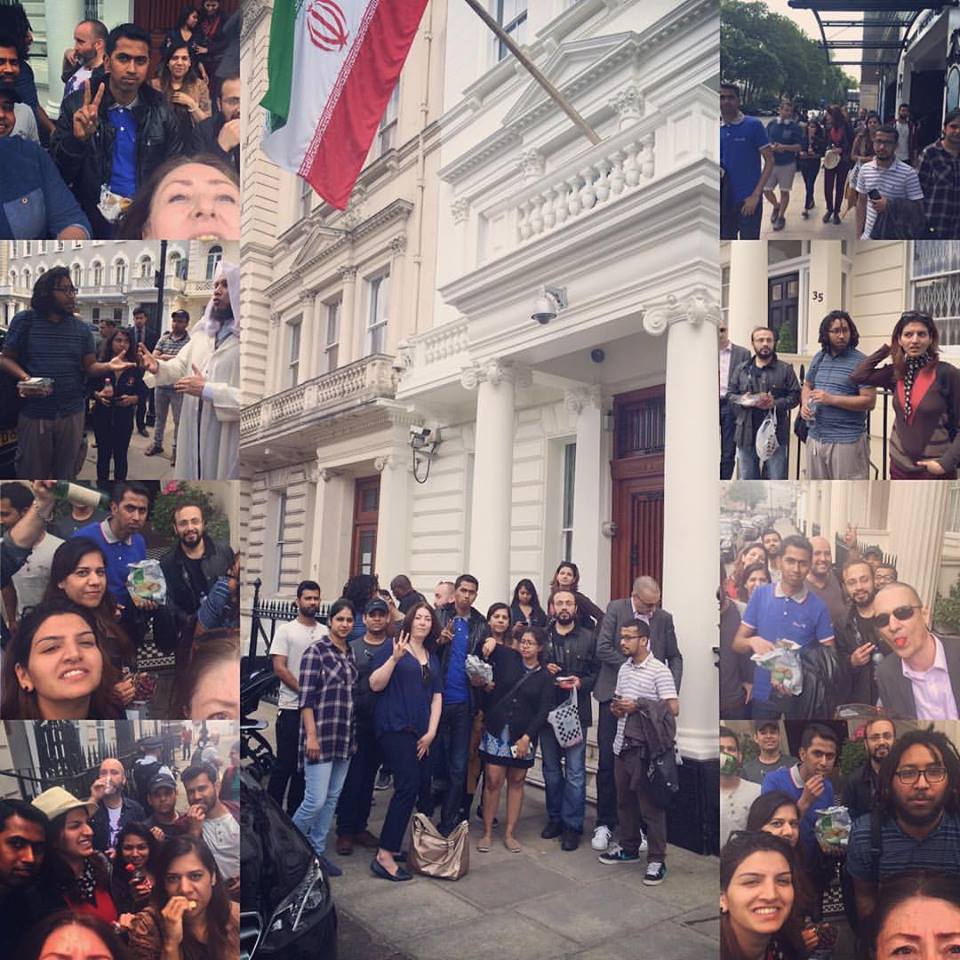 Fast-Defiance during Ramadan: A Challenge to the Islamists 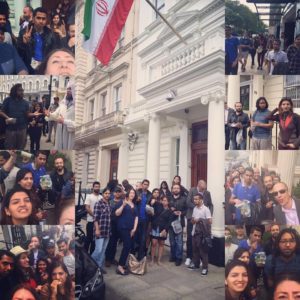 The following piece was published in The Freethinker on 21 June 2016.

On June, 24, 2016, the Council of Ex-Muslims of Britain is calling for a day to defy fasting rules in solidarity with those who face persecution for eating during fasting hours in Ramadan.

We will be having an “eat-in” at various embassies in London, including the Bangladeshi, Egyptian, Iranian, Moroccan, Pakistani and Saudi embassies. We are also calling on people worldwide to upload images of themselves on social media violating fasting rules using the following hashtags:

This type of fast-defiance in public every Ramadan has been spearheaded by the Algerian dejeuners and Mouvement alternatif pour les libertés individuelles in Morocco for some years now.  It’s a challenge to the Islamists and their imposition of religious rules on everyone despite personal preferences.

Clearly, the point of fast-defiance is not that people should not fast during Ramadan –  however unhealthy; it’s that those who don’t want to fast – whether Muslim, non-Muslim or ex-Muslim – shouldn’t be forced to do so.

This is why for example, in Morocco, Muslims regularly join in the protests. After all, just because one is Muslim doesn’t necessarily mean they want to fast during Ramadan – like not every Catholic fasts for lent.

This year already, ISIS has caged, flogged and crucified three men found eating and drinking during the fasting period.

In Bogor, Indonesia, 13 men found eating were hauled to the police station and made to do push ups as punishment.

In Iran, transgressing fasting rules in public is punishable by fines, imprisonment and flogging; police crackdowns take place every year.

In Rafsanjan, a special branch in the Prosecutor’s Office has been established to deal with those defying fasting rules.

In Turkey, Islamists attacked Radiohead fans at a record shop in Istanbul for drinking and listening to music during the month.

In Pakistan, an elderly Hindu man was beaten by police for eating and selling food.

In Nigeria, young men stabbed a non-Muslim for failing to observe the fast.

Moroccan police arrested a man and woman for “the exchange of kisses during the day in Ramadan” and two porters for drinking water in public.

In Saudi Arabia, a woman was arrested for driving and “breaking Ramadan values.”

Local press have published numerous stories of individuals being arrested and imprisoned for eating, drinking and smoking in public in Nablus and Tulkarm in the Palestinian Authority.

Egyptian police raided cafes and the Dar al-Ifta Islamic Institution condemned eating publicly during Ramadan as a “form of chaos” and “an act of openly committing a sin” and on and on.

The imposition of Ramadan rules by brute force is linked to the rise of Islamism. I remember a time when you could eat in public during Ramadan in the Middle East without the state and Islamist gangs telling you what to do with fists and imprisonment. If fasting is a pillar of one’s personal religious beliefs, why the imposition?

Also, we can see the effects of this in Europe. In France, a Muslim female bartender was beaten up for serving alcohol during Ramadan. She said:

In Tunisia, I did the same job and I never had any problems.

An asylum centre in Germany was burnt down after a dispute between those who wanted Ramadan followed strictly and those who didn’t.

For those who say our “eat-in” is “unnecessarily provocative,” we say it’s an important form of dissent. We regularly drink wine during Ramadan on Bread and Roses TV (labelled “immoral” and “corrupt” by the Iranian regime) in solidarity with those who are persecuted during this bleak month for merely drinking or eating to allay their thirst or hunger.

It’s particularly important for us living in relative safety to do so. Don’t forget Ramadan takes place during the heat of summer and up to 19 hours of not eating or drinking can take its toll. And imagine if you’re young or old or, for example, political prisoners.

Mersedeh Ghaedi, who spent eight years in prison and lost two of her brothers and a sister-in-law to the Islamic regime of Iran’s gallows said that fasting was enforced on prisoners no matter what their preference or health situation. Many became violently ill as a result of food poisoning from the unbearable heat when they tried to keep some food aside to eat mid-day.

When the Islamists and those who have bought into their values tell you when, where and what to eat, what to think… then transgressing their rules is one of the important way to resist.

Meanwhile, whilst people are being imprisoned, flogged or harassed, here in Europe and beyond politicians are normalising and institutionalising Ramadan. Whether it is the Mayor of London publicly fasting and hosting Ramadan meals around the city, Victoria police in Australia hosting Iftar orFacebook’s Ramadan greeting with veiled girls and women, the overall message is that fasting is a public matter to be respected.

This is particularly harmful when the religious-Right is imposing religion on everyone. Rather, we should be insisting on the separation of religion from the state and the relegation of religion or the lack thereof to a private matter.

On 24 June, our message will be clear: fast if you want to – the ban on fasting in China, for example, is just as repressive – but remember that fasting is a private matter as is deciding not to fast.

It’s no one’s business, especially not that of governments.

For more information, visit Council of Ex-Muslims of Britain’s website where our call to protest can be found in English, French, Arabic, Persian and Urdu.

• Maryam Namazie is an Iranian-born secularist and human rights activist, commentator and broadcaster. She is spokesperson for Iran Solidarity, One Law for All and the Council of Ex-Muslims of Britain. From now on Maryam will be writing a column for the Freethinker on a monthly basis.