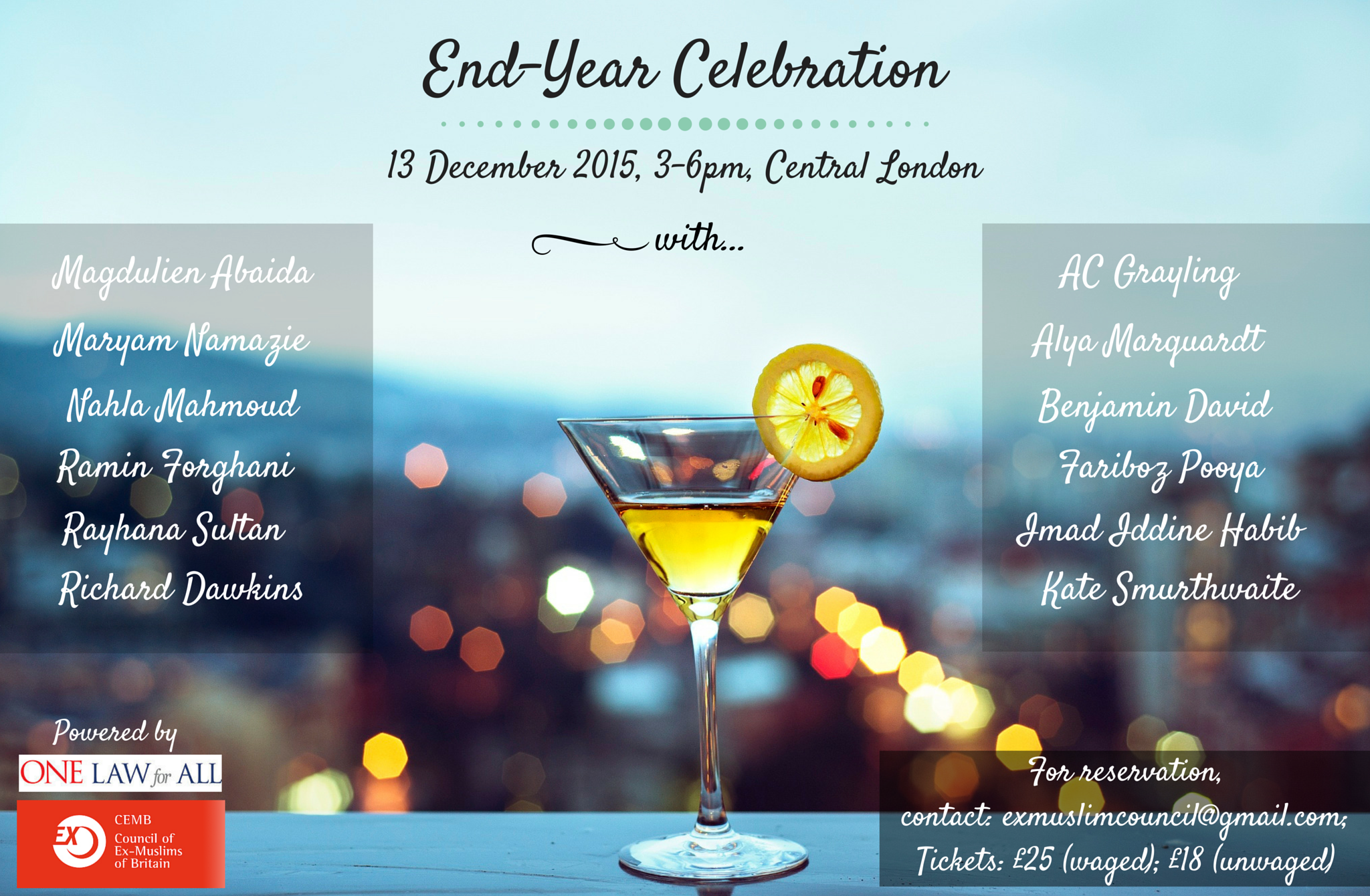 One the Law for All and Council of Ex-Muslims of Britain’s end-year celebration was a huge success.

“At the end of a sccessful trip to Stockholm, I’m very sorry I shall not be able to make it to the wonderful Maryam’s party. I would have loved to see old friends of the Ex-Muslims and other secular groups, and meet new friends too.

“My very best wishes to all for a Happy Newton’s Birthday, and for the whole of 2016.