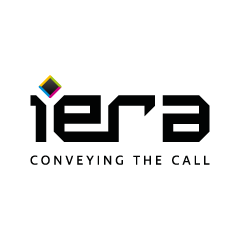 The Islamic Education and Research Academy (iERA) has responded to the Council of Ex-Muslims of Britain’s (CEMB) new report “Evangelising Hate”.

Rather than address the numerous documented facts of hate speech by those associated with the organisation against ex-Muslims, Jews, gays, women, Muslims and others who don’t agree with their values the iERA uses predictable and standard responses in order to circumvent the main issue at hand: that it is a hate group which should have its charitable status revoked.

The iERA’s tactics include the usual deception, obfuscation, irrelevant arguments about context, false accusations of bigotry and denial in order to evade scrutiny.

The iERA says the CEMB report is “filled with spin and statements deliberately taken out of context”. It is unclear how exact quotes, including from video footage, justifying everything from domestic violence, stoning to death, execution for apostates, hatred against Jews, non Muslims, and Muslims who oppose iERA’s views, to FGM and jihad can be taken out of context. How can the below quote by Abdurraheem Green, a founding member and chairman of iERA, for example, be taken in any way other than it is intended? He says:

The out of context argument is a bogus one that aims to portray critics as deceptive in order to move attention away from iERA’s hate speech.

On the issue of “clarification”

The iERA statement says the CEMB report “quotes out of context, outdated or clarified statements from iERA speakers” giving as an example clarifications provided by iERA’s head of research teams and lectures Hamza Tzortzis.  One example will suffice to reveal iERA’s dishonesty. In his supposed clarification, Hamza says with regards gender segregation:

“There have been various newspapers and bloggers that have implied that Hamza Andreas Tzortzis has been involved in public events that have enforced gender segregation or separation. Tzortzis has not been involved in such events or been aware of enforced gender separation. He advocates a tolerant position that all choices should be offered. If some women regardless of religious background wish to sit with women only, that should be accommodated if possible”.

This is clearly untrue since Hamza was himself a speaker at an iERA organised debate entitled “Islam or Atheism: Which Makes More Sense?” at UCL with US scientist Lawrence Krauss on March 9, 2013 where segregation was enforced. Separate entrances were put in place for males and females and audience members were separated into male and female only queues by the organisers’ security staff. Security guards tried to forcibly remove those who refused to comply with segregated seating. The students were only allowed back after Krauss threatened to leave the debate.

Abdurraheem Green, a founding member and chairman of iERA, has made very clear why gender segregation is a necessity:

“Let us also bear in mind that Muslim societies take every precaution to avoid the means that can lead to adultery. Public nudity is forbidden. In fact a strict dress code is observed. This is part of the wisdom behind the hijab. It is an act of social responsibility that helps towards a harmonious society. Also free mixing between sexes is avoided, men and women should not have physical contact and men and women should not even be alone together (unless they are husband and wife, or from close relatives who are permanently forbidden in marriage). Again in this context adultery is inexcusable, and justly punished with severity”.

The iERA states that the CEMB report “unscrupulously” tries “to link other individuals who are not at all connected with the charity”, namely Ifthekar Jaman and Hassan Farooq.

Despite iERA’s supposed lack of affiliation with Hassan Farooq and Ifthekar Jaman, iERA has provided Dawah teams, including theirs, with T-shirts and materials. In one video by Young Dawah, founding member and iERA chairman Abdurraheem Green is seen giving the Dawah group his support. In another Tweet, the Newham Dawah Team says: “Had a call conference meeting with abdur raheem green, the iera team and hundreds of da’ee emirs all over UK, mashAllah the dawah movement is massive, and we have massive plans for 2013, our focus will be on Newham, by the permission of Allah this borough shall change, for those who wish to help us get in contact asap”.

The iERA is clearly linked to the dawah teams but makes contrary assertions to aid in deniability when suitable, particularly if jihadis are involved.

Hassan Farooq can be seen in a picture posted on 14 April 2013 participating in a dawah mission with Ifthekar Jaman on Jaman’s Twitter account. In the picture, both are standing in a group of men, wearing yellow iERA T-shirts with the slogan ‘Is Life Just a Game?’ He comments under the picture “Us Portsmouth Dawah group & brothers from Newham dawah joined today. Alhamdullilah for shahadahs! Allahu Akbar”. Several months later, Jaman was killed in Syria whilst fighting for a Jihadi group called the Islamic State of Iraq and al-Sham in December 2013. ISIS has engaged in beheadings, amputations and public executions, including the execution of a secular Syrian activist for “apostasy”. Iftekhar was also friends with another Portsmouth man Mashudur Choudhury, the first Briton to be convicted of terrorism charges for travelling to Syria to train for jihad…

The iERA assert that the CEMB has “bigoted views about Islam and mainstream Islamic speakers” and that it espouses “hatred”. Clearly, though, it is not bigotry to expose the bigotry of the Islamic far-Right. It is also not espousing hatred to expose the hate speech propounded by iERA speakers.

More importantly – and despite claims about the CEMB’s deception and misrepresentation – iERA stands by their “mainstream Islamic speakers”. The very use of the term “mainstream” is an attempt to neutralise criticism and portray it as an attack on religion rather than legitimate opposition to Islamism. In this way, the promoters of hatred depict themselves as victims of those who expose their hatred.

As always, despite the mountains of evidence, iERA hopes to carry on doing what they do best: normalising Islamist values and norms as “mainstream” and creating a climate where extremism and hate can flourish.

The iERA has been able to evade scrutiny for so long by using many of the tactics mentioned above. The iERA’s role in propagating Islamism here and even abroad has been largely missing from the public debate on this issue. The iERA’s modus operandi has been to take advantage of multiculturalism (as a social policy that segregates “communities”) and cultural relativism as well as the language of diversity, rights, tolerance and inter-faith dialogue to increase influence and access.

It is high time that they are recognised for what they truly are: the Islamic far-Right and a hate group not a charity.