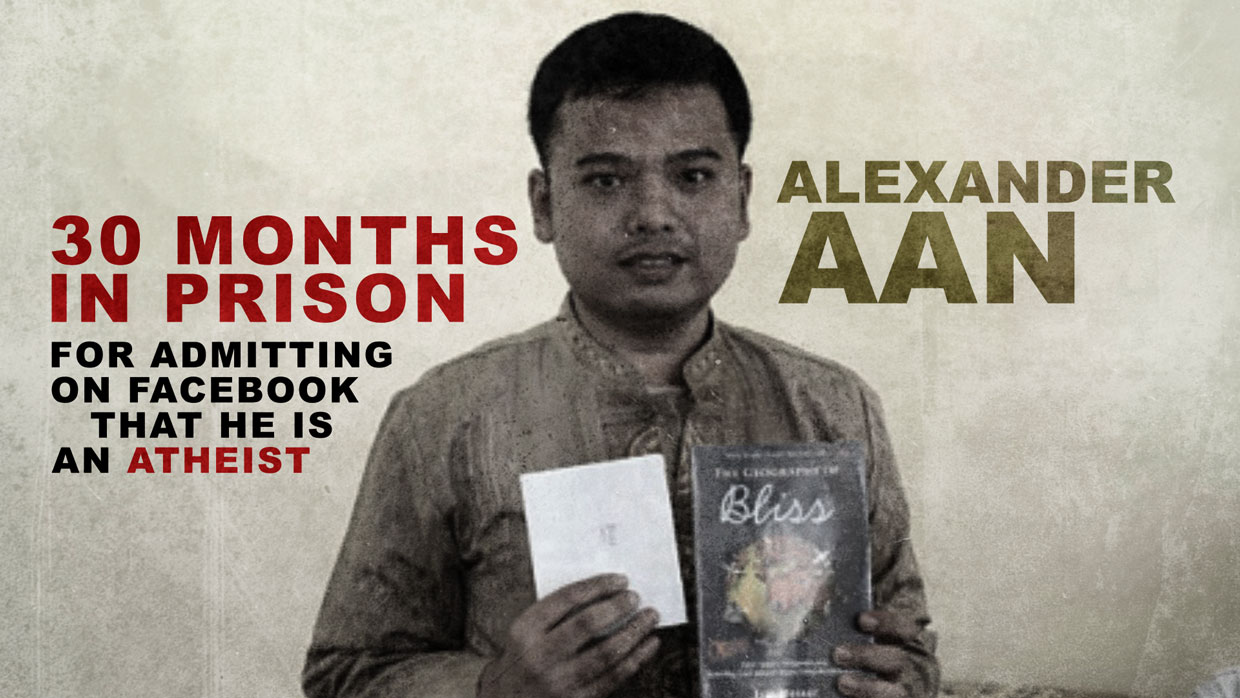 30 year old atheist Alexander Aan has been sentenced to two and a half years in prison and fined for having written “God does not exist” on Facebook. He was found guilty of “deliberately spreading information inciting religious hatred and animosity” and “caused anxiety to the community and tarnished Islam”.

The Council of Ex-Muslims of Britain unequivocally condemns Alex’s jail sentence and Indonesia’s blasphemy laws and calls on all to condemn the jail sentence and demand Alex’s freedom. Contact information on the Indonesian authorities can be found here.

Alex Aan has done nothing wrong. Free expression includes the right to criticise religion. He must be immediately and unconditionally released.