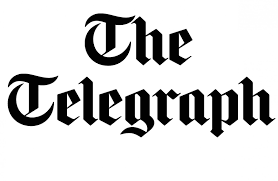 New group for those who renounce Islam, Telegraph

New group for those who renounce Islam
By Jonathan Petre, Religion Correspondent
Last Updated: 2:16am BST 21/06/2007

A new organisation, representing former Muslims who fear for their lives because they have renounced their faith, is to be launched at Westminster tomorrow.

The Council of ex-Muslims of Britain plans to speak out against Islamic states that still punish Muslim apostates with death under Sharia law.

It also aims to become the voice of non-religious ex-Muslims who do not want to be represented by “regressive” umbrella groups such as the Muslim Council of Britain.

The council is being headed by Maryam Namazie, an outspoken human rights activist, following the formation of similar branches across Europe. Miss Namazie, a Left-wing feminist who was awarded the title of “Secularlist of the Year” in 2005, has herself faced death threats.

In Islam, apostasy is called ridda (turning back) and it is considered by Muslims to be a profound insult to God, which deserves harsh punishment. The nature of the punishment, however, provokes passionate debate between scholars, with most believing that it should attract the death penalty for men and life imprisonment for women.

Apostasy is punishable by death in a number of countries, including Saudi Arabia, Yemen, Iran, Sudan and Afghanistan. In other parts of the world they can be shunned by family and friends.

Last year Abdul Rahman, an Afghan convert from Islam to Christianity, attracted international attention after prosecutors called for his death.

However, under heavy pressure from foreign governments, the Afghan authorities declared him unfit to stand trial and released him. Miss Namazie, who was forced to flee her native Iran, said: “We are establishing the alternative to the likes of the Muslim Council of Britain because we don’t think people should be pigeonholed as Muslims or deemed to be represented by regressive organisations like the MCB.

She added: ”We are quite certain we represent a majority in Europe and a vast secular and humanist protest movement in countries like Iran.”

She said the new Council, the launch of which is being sponsored by the British Humanist Association and the National Secular Society, will start with a membership of 25 British ex-Muslims who are prepared to be named and pictured publicly.